Some personnel of the Nigeria Police Force on Wednesday stormed Mushin, Lagos, to arrest residents for staging a protest at the headquarters of Eko Distribution Company to demand distribution of prepaid meters.

The police officers were deployed from Olosan Police division and stormed the community, chasing residents and arresting anyone they could catch.

Some of the residents who spoke to SaharaReporters stated that the electricity distribution company usually employs the service of the Police to harass and intimidate residents whenever they demanded for their rights.

Moses Ogunleye, spokesperson of the community, bemoaned the connivance of the Police with the electricity distribution company to intimidate the community residents.

“The Police officers stormed the community with their Hilux van and arrested seven of us,” he said.

“The raid was because of the protest we staged to the headquarters of EKEDC on Tuesday to demand that they stop giving us estimated billing and distribute prepaid meters to all houses in Mushin. What they usually do is that they will come into the community, arrest people, immediately charge them to court on frivolous charges and take our people to Kirikiri.”

Another resident who spoke to our correspondents revealed that among those kidnapped was a woman who just delivered a baby.

“They arrested some youth and a woman,” he said.

“The woman twho was arrested had just given birth to a baby and the baby is currently at home now. This is not the first time they will be doing this.”

SaharaReporters contacted Bala Elkana, a Deputy Superintendent of Police (DSP) and spokesman of the Police in Lagos, but his telehone number was unreachable and he did not reply a follow-up text message. 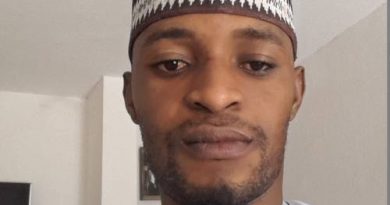 Nigerian Politics And Extinction Of Godfatherism By Alabidun Shuaib Abdulrahman

UCC, Technical Universities, Others To Reopen On August 24 For Continuing Students