Named to both lists were Sweden’s Greta Thunberg, a climate change student activist who inspired global protests, and U.S. venture capitalist Aileen Lee who helped launch the All Raise nonprofit to champion women in the tech industry.

Each year, Fortune publishes a list of the world’s 50 greatest leaders, while Time puts out a list of the 100 most influential people.

“These leaders take action before others do, leading from out front, where the risk is often dire and their own future least certain,” Fortune wrote.

“They plunge ahead anyway. That’s why we recognize sheer audacity,” it said.

Nepalese sex-trafficking survivor Sunita Danuwar, head of Shakti Samuha that aids other trafficking survivors, and Sister Norma Pimentel, who runs a respite center at the U.S.-Mexico border for migrants, also made the Fortune list. 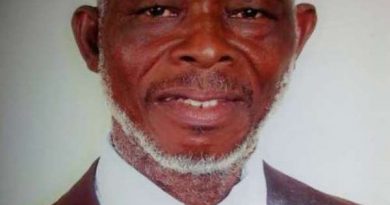 With or Without Hair, We Send a Message