Twenty years ago, the world was greeted with the horror of people turned against one another, with one group aiming to exterminate the other from existence. Rwanda, the stage where this conflict holds, differs from others in that the Rwanda issue was not even one of outright tribalism but an economic distingushing which revolved around cattle ownership.

The Tutsi were those who had a certain number of cattle while the Hutu were those who did not. This was the only distinguishing necessary between both groups. It was not a difference of colour or race or religion or real tribal affiliation. It would be condemnable too were the other reasons responsible. However, the Rwandan genocide was an event totally unwarranted.

It is quite needless to go into details of the genocide. The foundation for the Rwanda crisis was laid when a minority in possession of more cattle conflicted with a majority that did not. The political landscape also reflected a tussle for power and a desire to maintain economic status which led to one of the worst occurrences in the history of man.

The scale of tragedy in that conflict was rather much with the figures ranging between 500,000 and 1,000,000. Few of these deaths came fast and honorably as cutlasses were the main weapon of the killings.

Humanity was called into question by that sad chapter where a man would lift in the most crude and brutal manner a tool to hit another or thousands of others repeatedly in order to ensure death for no reason of personal nature. Just a desire to eliminate.

The genocide was plain evil with no clear foundation for such except that international and local interests of ambition collided. From the importation of cutlasses to the Radio stations that broadcast the hate. The fingerprints of ambition, imperialism and lust for power are all over the genocide.

With the issue past and the crisis gone, Rwanda is emerging as the flower of Africa with several giant strides accomplished in a while. There are controversies all the same especially from those who dispute the progress the country has made and others who claim it is due merely to the support of China. However, Rwanda has made some laudable achievements and improvements which are lacking in other African countries.

The lessons of that episode continue to play in our minds across Africa. In various African countries, the possibility of such a scale of violence have been doused by the Rwandan lesson. People across Africa have learnt that their brotherhood should not become an item for commercial purchase by the local and international merchants of death. It is the slogan whenever crisis is envisaged in any country to take the minds and brains of those there back to the Rwanda genocide of 1994.
The horror has been documented in movies such as Sometimes in April and Hotel Rwanda. Anyone who sees any of those movies would understand why we must banish hate in Africa and the world. We are kept in check to a large extent by realizing a repeat of history anywhere else will be disastrous and of a totally unnecessary nature.

Rwanda like several other cases of large-scale violence had a political element but largely a resultant effect of the ability to spread hate. Unlike the case for other African countries, Rwandan genocide was not even a tussle for resource control which was the case with diamonds, oil, gold and other resources.

In Nigeria, the resource “curse” seems to be repeating itself in Zamafara state where gold has since been discovered in commercial quantity but the discovery has largely remained secret with the resource being exploited by groups known simply as bandits and reported by the press as bandits. There is no visible face for their operation not any sort of organization.

The said bandits have been responsible for the death of several with a high casualty toll given as 4,000 by the government. It is trite to note that these bandits are not just ill-motivated people. They are surely sponsored by the important people in Nigeria who are financial beneficiaries of their actions in illegal mining.

In the underground, there are strong and influential Nigerians who are benefiting economically. The bandits are mere tools. Like the cutlasses in Rwanda. The bandits are a mere surface. Deeper economic interests motivate the violence.

An allegation has been made  by the Minsiter of Defence insinuating it is connected with the traditional leaders in Zamfara.

The discovery of gold in an area such as Zamfara with a population of 3,278,873 should actually be good news for people of the state. Especially when you consider that the same state has the Lead resource which led to a different “curse” of lead poisoning in the state in 2011. Zamfara state has gold and has lead and yet has so much underdevelopment and poverty.

The reason why such resource value would not lead to happiness for the people of Zamfara revolves around the greed of exploiters along with the Nigerian laws that ensure such mining can only be undertaken by the Federal Government of Nigeria which may mean less economic value for locals as it is with oil in the Niger-Delta. They resort then to silent secret illegal mining. While at it, we hear their noise through the death tolls of people who should enjoy wealth instead.

Nigeria needs to consider strengthening her federalism so that states can exploit their local resources. The present arrangement where only the Federal Government can tap mineral resources has created land pollution with insurgency in parts where oil is being exploited. There are unending complains from those who live in the Niger Delta who like those in Zamfara should rather be beneficiaries of the wealth created by the availability of a treasured resource in their area.

The reasons for the Zamafara crisis are much identical with that of Rwanda. Behind the stage, there are the hidden sponsors of violence. On the stage, there are victims who have been taught to hate each other despite their shared state of suffering. In these conflicts, there can only be one beneficiary who is the sponsor of violence and hate.
The beneficiary is that underground Lord that arranges how gold reaches Europe or where it is bought at a costly price. The one who arms the bandits to kill his own people. The one who gets so much and shares little to maintain the loyalty of the bandits.

Behind the term “bandits”, we find the politician or someone with a public identity shielded from his underground activity. The beneficiaries are those who buy the resource caring little from whence it came or knowing fully and consenting to the theft, murder, robbery and illegal exploitation.

It is time for Nigeria and other countries of Africa to resolve the local challenges that have caused crisis, violence, deaths and other tragedy with the restoration of Rwanda as a model.

Koye-Ladele Mofehintoluwa writes from Obafemi Awolowo University. He writes for several reputable print and online media in Nigeria. He is a member of several volunteer organizations and human rights bodies. He can be reached on [email protected] or on Twitter @Koye_tolu. 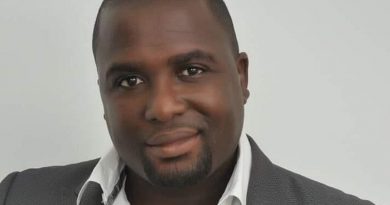