ABUJA, April 17 (Reuters) – Nigeria has no intention of removing subsidies on petroleum products, its finance minister said on Wednesday after the International Monetary Fund (IMF) advised the country to eliminate them to protect public finances.

Africa’s top oil producer and biggest economy heavily subsidises gasoline and relies on imports for the bulk of its domestic demand due to an underperforming refining system.

“It’s still work in progress … there is no intention to remove the fuel subsidy at this time,” Zainab Ahmed told reporters.

Ahmed said she agreed with the IMF’s advise on subsidies but the country first needed to take steps to cushion the effect of their removal on the population.

“We have to find a formula that will work for Nigeria. And until we do that, we should not be contemplating removing the subsidy,” she said.

The IMF says the country needs to maintain good public finances and has advised Nigeria to remove the state subsidy on petrol and channel the saved funds into building hospitals, roads and schools.

Nigeria emerged from a recession in 2017 brought on by low oil prices and a currency crisis. But growth is still fragile as private sector credit expansion remains weak and the government is trying to mobilise funds to spend its way out of the sluggish growth. 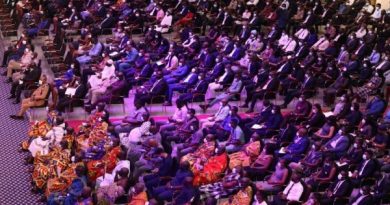 Represent ur kingdom🤗
U might see ur siblings here😒
Iz 16_Ewatto all d way 2 mi🧐
Even if iz not in d list📝 ... See MoreSee Less

Uromi to the world ❤️❤️🏡