As we continue to mourn the tragic loss of a great Nigerian, Professor Pius Adesanmi, it reminds us that Nigerians don’t celebrate their heroes when they are alive. Rather, Nigerians prefer to celebrate villains, thieves, and destroyers of our nation.

We celebrate people without traditional qualities of the admirable leading man or woman. We celebrate those who lack courage, kindness and nobility, and moral goodness. We pour undeserved encomiums on people with character wrought with flaws and demons. There’s no end to the contortions in our psyche as to why we don’t celebrate our heroes when they are with us.

Nigerian voters have nothing like coherent preferences. When they vote, they do so irrationally and for contradictory reasons. Every Nigerian knows what is wrong with Nigeria. Every Nigerian knows what the government ought to do to solve the problems that have plagued us for 58 plus years. But the same Nigerians elect presidents, governors, and legislators who usually vote against solutions to their problems.

Nigerian voters are prone to biased or blinkered decision-making. They cast their votes on the basis of ethnic politics, social identities, and partisan loyalties, not an honest analysis of reality. At the end, we’re back to square one. We’re left with a government of fools, idiots, cowards, ignoramuses, and thieves.

In every presidential election, Nigerian voters cast their votes to show that being qualified for the presidency is a disqualification. As expected, in the recently concluded presidential election, Nigerians voted for a candidate who is far from representing their vision on every important issue even though there may be one or more other candidates representing their views quite well who they’ll prefer to see in Aso Rock. Competence is a key attribute for every president: Does the president know where he’s going? Can the president get us there? Do we trust the president? A president must be able to demonstrate to the people that he strives for peace not panic, faith not fear, and commitment not compromise.

The eulogies Nigerians heaped on Adesanmi were deafening. I might add, he rightly deserved them because of his integrity, because he identified with our needs, because of what he knew, because he was genuinely transparent, because of his abilities and expertise, and because he demonstrated conviction. The same Adesanmi that was eulogized with indescribable immortal words by Nigerians, the same Nigerians would have hurled bricks and bats of insults on Adesanmi if he ran for president.

“Prof, what makes you think you can win the presidency?” “Nigeria is a complex country and you don’t have what it takes to run such a complex nation like ours.” “You can’t just come from nowhere and become the president of Nigeria. You must start as a councilor or a governor. How dare you starting from the top?” “You can never win. You cannot even win your local government in Isanlu. You’ll only get one vote.” “Go back to Canada!”

“We don’t need a confident, rude, stubborn, cocky, disrespectful, aggressive, person like you as president.” “All you have been telling us is scam. Where are you going to get money to pay N100,000 minimum wage? “You’re a fraud!” “We know your history. We know why you ran away to Canada. We know how you mismanaged Institute of African Studies.” “You can never win. “Nigeria is not ready for people like you. You’re over ambitious. Can’t you wait till 2050?” “We know you are good, but we don’t want you as president. You have to wait for your turn.” “Your time is not now!”

Before you know it, a deranged prostitute from the blues would come out with a video detailing how useless, incompetent, unreliable, unprofessional, and irresponsible Adesanmi was. She would have cursed the hell out of him with promises and predictions of evils that would befall him. The video would have gone viral with the professor struggling to extricate himself form a thicket of lies, innuendos, and propaganda but to no avail. Welcome to Nigeria a nation of fools and cowards!

As Nigeria continues to grope in the wilderness, the election of a true, competent, compassionate, consummate, intelligent, caring, proactive and pragmatic president is as elusive as ever. It’s scary! 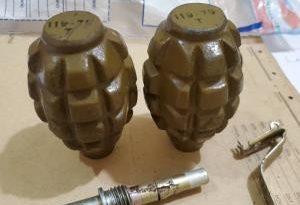