There have been cases of crime committed by an individual based on several incidents, and in a University where a disciplinary committee is grounded, it has been confirmed that this committee does not go out of its way to make any finding but feels cool at punishing students with any stereotypical method that fits in.

When a student is being summoned to the students’ affairs division by the University of Ibadan Central Students’ Disciplinary Committee, it is rare for the panelists to ask him to explain his case, rather they ask him a polar question without giving him a fair hearing. There have been cases of unjustly withdrawing a student’s certificate, punishing students for protesting, and for writing articles which could have challenged the institution to be better, but all seem like a war between the tongue and the throat. The tongue exposes the ills while the throat swallows the tongue and the ills. It is gainsaying that students of University of Ibadan have blanketed into silence because of an untold fear. Since the judgment had been passed on the recently rusticated students, silence has been the only defensive which we think is the right weapon. No one wants to be indicted anymore and it seems like this school management is not worth fighting. We should appreciate the institution for planting fear in her students.

For years, it has appeared that the school anthem of the institution should be reviewed or covered for a while until repentance takes dwelling at the Senate arm. When the school speaks about character and learning, it becomes a question of who should disciple who, because even the touts believe in social justice and equal chance order than those in the gown. Leadership and followership shouldn’t be measured by age but by the level of rationalization, level of ability to lead without a title and level of trust by the people.

The polar question to be asked a student summoned by the management is – are you guilty or not? Such student can pick one, but his questions that will deal with his conscience await him. For example, in 2017, a student was invited by the Disciplinary committee to defend himself from a case of rape. After exonerating himself from the case, the school still dealt with him. The lady that was affected pleaded that he wasn’t among the culprit, but it was too late. The victim of injustice stayed in the next room to the room where the incident occurred and was asked why he acted as if he wasn’t concerned.

In November 7, 2015, two halls of residence on campus engaged in a hate, Zik Hall and Queen Idia Hall were not agreeing. From Zik Hall, girls were molested with songs of what they call “Aro”, but during a program at the female hall, Zik Hall went to witness the program and from there, hullabaloo was the atmosphere. Meanwhile, on the second day on this event, Philip Olatinwo – A Zikite, who wasn’t in the Hall anymore at that time, went to a place called Idia Village for a shopping. Succintly, he was roped into the case, dealt with, and this made him to reach out to the Dean of Students was invited by the disciplinary council. What led to his expulsion was his fault because whoever is justified does not raise collar but waits till the end of n argument to be heard clearly.

During the protest of 2017, it started from the administration of an erstwhile President of the Students’ union, Ojo Nifemi. While students were on vacation, a students’ meeting was called where the media also got their way into the Students’ Union Building. Several issues were discussed and among were the issue of half back graduate that the institution is producing. In University of Ibadan, a first class is most vulnerable than others because this one faces his book squarely without even seeing the world and hence many of them become half baked. This administration transferred the resolution of the conference to the incoming administration which was taken up after 24 days in office, when Ojo Aderemi became the President. The school management met with the elected executive members where the Vice Chancellor and the Dean of students said they would be available at the congress to be called by the union. Unfortunately, these ones didn’t appear, thereby forestalling the impossibility of protest to come up. Those that knew expected these two to be around, but they were not. Are you not guilty?

In 2016, the interim process audit report of the University of Ibadan – a six years financial report (2010 – 2015) presented by the OS Professional services – a firm hired to conduct it according to a report by Saharareporters. The audit was done in November 10, 2016 and it was said that there was an overfunding of #5.95 billion for 2010 – 2013 carried out by the management without relevant government approvals. The report also stated that “despite spending #12.5 billion between 2010 and 2015 on capital assets financed through federal government budgetary allocation, Tertiary Education Fund and Internally Generated Revenue, the University could not boast of a fixed asset register for its fixed assets”. The OS Professional services also explained that the University’s asset register was not updated and asset evaluation was never carried out – all these in a school that ranks the best (any school can be the first).

Starting from March 2018, private hostels in the University of Ibadan: CMF, AOO, 77 Palms, A Six 2 Bedroom flats – Senior Staff quarter have been commissioned, but “despite the impact on students-related income and the IGR generation of the institution, despite the fact that these PPPs would say “it was their contribution to the institution in appreciation of what it has offered them in the past, the Auditor said “the Bursar of the institution failed to make available any of the Public Private Partnership agreements for review. The OS Professional Services emphasized that what was found during the review of financial information was overspending on a number of vote items. Meanwhile, after this finding was made, the only solution was to kill the kindling under the carpet armpit even though the investigation was ordered from the office of the Account-General of the Federation.
Recently, another scam of #1.98bn rocked for a good time on campus which out the University Bursar in a hot run. Anyone that enters University of Ibadan today would feel how the system has rot: from the laboratory equipments in the sciences to other facilities that are archaic and not presentable to the Times Higher Education that ranks the institution blindly. It is a crime for the University to expect the students to always speak well of it when their lives are getting knottier each day, when the only focus of the institution is to camp everyone to only follow the la cram la pour technique and pass excellently. Anyone can visit the institution and access her properties for rating, and whoever succeeds from the citadel of learning was his own effort to beat the reach. The Postgraduate school complains, medical school despite the increment of professional levy still complains, and even the interactive boards are placed in some classes, they have always been there useless and wasting.

Are they not guilty?

Here is a University that punishes a student because he is not worthy in character and learning. It is still questionable as to who should improve his character and learning, but who cares? Even parents would tell their children to end their education in peace and come home, such a futuristically insolent conclusion. In a bid to defend herself, the Vice Chancellor has always beaten the drum that the students broke the glass of a lecturer’s care. How is it possible for students protesting peacefully along the school gate to break a glass at a physics department very far from the protest take off point? Are you not guilty? 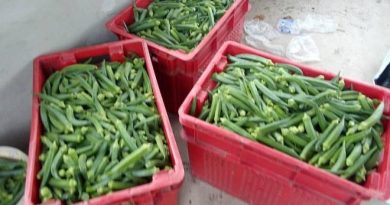 Ban On Drumming And Noisemaking In Accra Begins On May 11