Professor Wole Soyinka in his book “The open sore of a continent” expounded the idea of nationhood via analysis of the different definitions of what is a nation. The analysis converged on a point that nationhood is a state of the mind, a common will and sense of unity of purpose. This is what leaders should strive to promote rather than use force and rhetoric to ensure the unity of the nation. Unfortunately, Nigerian leaders have failed grossly in this duty and it seems the end of this crisis is not in sight. No thanks, to the APC led federal government which has taken this irresponsibility to the next level as the government in a desperate move to defend a mandate gotten through voter harassment, intimidation and blatant rigging has embarked on a mission to divide the country.

The claim that the presidential candidate of the People’s Democratic Party, Alhaji Atiku Abubakar is not a Nigerian and not qualified to contest for the presidency would have been passed as a joke but unfortunately it was filed at a law court by a party and a president controlling the federal government, what other insanity can be greater than this?

While this claim could have been passed as another comedy by the Nigerian ruling class however the comedy would be far too expensive.

That the presidency can go to the extent of claiming that those born before 1963 in some sections of the country where he won the elections massively are not qualified to contest elections. These are tax paying populations areas with senators, governors, member House of Representatives and state house of assembly and the president and his party claim they don’t have the right to contest for president.

More comic is that the man whom the petition was written against is a former vice president, a man once elected as governor and a serial presidential aspirant yet no one seemed to possess enough knowledge of the constitution to know he was never qualified except APC and her next level lawyers, not even the great Gani Fawehinmi.

Apart from the political intrigues, the federal government of Nigeria has set in motion the next level of insanity, mediocrity and witch hunting. In the coming days, people who have an axe to grind with anybody who is from the areas of former Northern Cameroon would embark on a campaign of their non-nigerianess. In every sector from academics to the economy to politics to health to labour, all you need to do is to be on the wrong side of power and they would be told that they are not Nigerians.

Those born in eastern Nigeria during the Nigerian civil war would be told that they are not qualified anytime they are not in tune with any tom, dick and Harry in power. This would lead to a chain reaction of renewed discontent, anger and militancy among a people that the desperacy of a president to hold to power have deprived of their nationhood.

In those days we would be desperate to find Atiku’s Nigeria and all we would find is cheating, madness,  misery and genocide.

Bright Ogundare writes from Lagos. He can be contacted via email [email protected] 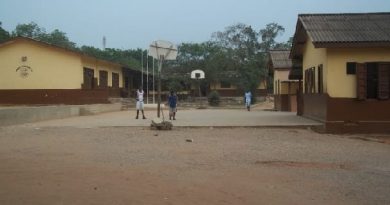 Former President John Dramani Mahama’s election petition may have been successful despite it being dismissed by the Supreme Court, Martin