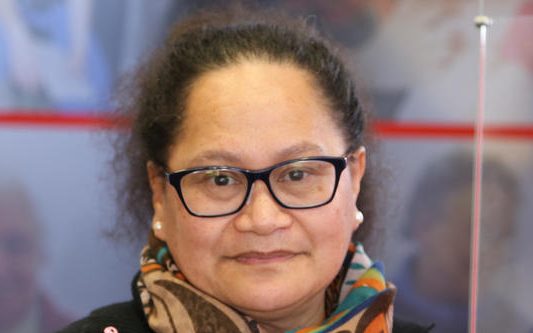 A New Zealand nurse who was kidnapped by Isil in Syria six years ago may still be alive, her employer the Red Cross has said, breaking their silence in an attempt to find her.

Louise Akavi, 62, was abducted along with two Syrian colleagues in October 2013 while delivering International Committee for the Red Cross (ICRC) aid in rebel-held Idlib in the northwest of the country.

The ICRC had requested that Ms Akavi’s case was not made public for fear that it may endanger her.

“We are speaking out today to recognise Louisa’s, Alaa’s and Nabil’s hardship and suffering and to call for any information that could provide more leads into their whereabouts and wellbeing,” said Dominik Stillhart, director of operations for the ICRC, revealing she is the longest-held hostage in the 156-year history.

The organisation had been in intermittent contact with the Islamic State of Iraq and the Levant (Isil) jihadists holding her, who were demanding millions of dollars for her release. But communication dried up by late 2014.

American officials have told the New York Times said that Ms Akavi might have been held with a British hostage, the journalist John Cantlie, at Mosul University in Iraq for a while in 2016.

The paper has reported the Red Cross has reason to believe Ms Akavi is alive, because at least two people described seeing her in December at a clinic in Sousa, one of the final villages to be held by Isil jihadists.

There have been other credible sightings in Abu Kamal in 2016, Raqqa in 2017 and Mayadin last year, officials with the aid group said.

Some of the witnesses said they saw her performing medical duties at clinics and hospitals under Isil control.

But the final pocket of Isil’s “caliphate”, in Baghuz, eastern Syria, was captured last month and there has been no news.

The ICRC has been putting up its flag around the camps holding those who fled Isil territory. They fear she may be living among the 70,000 inhabitants but too afraid to identify herself.

New Zealand said it disagreed with making the abduction public but did confirm it had dispatched a special forces unit to Syria to search for Ms Akavi.

Ms Akavi was highly experienced, having carried out 17 missions with the ICRC including in warzones including Somalia, Chechnya, Iraq and Afghanistan. and the New Zealand Red Cross.

A spokesman for Akavi’s family, Tuaine Robati, said she knew the dangers she faced.

“She’s been through tough times in her job before but she’s stuck at it because she loves it,” he said.

“Louisa is an incredibly experienced nurse and aid worker who knew the risks of her job. Our family misses her very much and is concerned for her safety.”

Trump does not rule out Rouhani meeting after Saudi oil attacks, as Iran denies involvement

Mr. Latif Diko Osmanu, a 19-year-old young man and the leader of a notorious cattle stealing syndicate has been arrested