Lori Loughlin and her husband Mossimo Giannulli made a big—and to some, unexpected—move in the college admissions cheating case today. USA Today reports the couple, who are accused of paying $500,000 to make it appear their daughters Olivia Jade and Isabella were rowing team recruits to guarantee their admission to USC, will plead not guilty of the charges.

Loughlin and Giannulli filed federal court documents this morning, saying they plan to waive their right to appear in court for an arraignment and plead not guilty, according to the outlet.

The two face at maximum 40 years in prison for their involvement in the scandal. Had the couple taken a plea deal, at minimum they would have faced two to two and a half years in jail. Loughlin reportedly chose not to plead guilty because she would not accept any plea deal with jail time. Prosecutors, meanwhile, would not accept any plea deal from a defendant without jail time included.

Because Loughlin and her husband didn’t take plea deals, they were indicted with a new charge, money laundering, last week. That money laundering charge doubled their maximum jail sentence, from 20 years to 40 years. Now, TMZ reports that their minimum jail sentence would be four years and nine months, even with a plea deal. Still, sources told the outlet that “a plea bargain is still on the table.”

People reported last week that Loughlin didn’t want to plead guilty, in part because she feared what would happen to her daughters if she did.

“She is very concerned about what a guilty plea would do to her daughters, who may not have grasped everything that was going on,” a source told the outlet. “Yes, she can think about the public perception of her, but that’s nothing compared to what her daughters think of her. So that is something that has understandably made her less likely to enter a plea.”

Loughlin was also reported to be having trouble grasping that her $500,000 payment broke the law. “It’s just taking some time for it to sink in that what she was allegedly doing could be considered illegal,” People‘s source explained. “To her, it wasn’t egregious behavior. Was it entitled and perhaps selfish? Perhaps. But she didn’t see it as being a legal violation. From the beginning, she didn’t want to take a deal, because she felt that she hadn’t done anything that any mom wouldn’t have done, if they had the means to do so. So this wasn’t her being obstinate; this was her truly not understanding the seriousness of the allegations.” 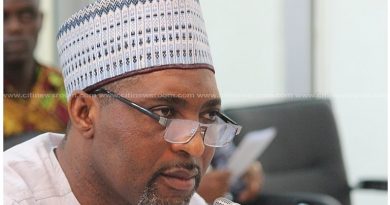 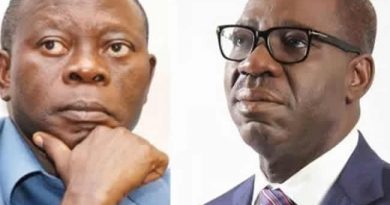 Popular Ghanaian photographer Emmanuel Bobbie of Bob Pixel has died Reports say he suffered from COVID-19 complications. The photographer who