Cardi B and Nicki Minaj are not friends. This became a widely known fact after the two got into a very public scuffle at Harper Bazaar‘s ICONS party at the Plaza Hotel during New York Fashion Week last September. In the video that made the fashion week rounds, Cardi B threw a shoe at Nicki Minaj and her team. Later, Cardi explained in an Instagram post that the fight had to do with alleged comments Minaj made about Cardi’s daughter, Kulture. Since then, the two have not had any kind of resolution to their tension—and it doesn’t look like that’s going to happen any time soon.

As Variety reporter Marc Malkin found out at a red carpet event on Friday, Cardi B and Nicki Minaj are not exactly close to becoming performance partners onstage. “Is there ever a chance that you and Nicki would make up and perform together?,” Malkin asked Cardi. To that, Cardi stayed silent before letting out a very telling, long laugh.

Malkin, clearly thrown off his game a bit by the moment, pivoted to a clever “okurrr,” while Cardi continued her throaty chuckle.

The altercation between Cardi and Minaj in September was no small moment. As a source told Us Weekly then, Cardi reportedly came up to Minaj angry, and things got heated quickly.

“Cardi came in swearing and shouting. Nicki just stood there and was cool. She did not flinch. Cardi was throwing punches, trying to get at Nicki and then threw her shoe at Nicki.”

Are Lori Loughlin’s Daughters Dropping Out of School 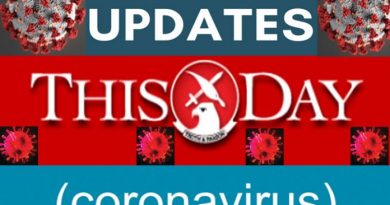 Defeat Trump first — then push Biden to the left