Atiku Abubakar, presidential candidate of the Peoples Democratic Party (PDP) in the 2015 elections, says the All Progressives Congress (APC) does not deserve a response from him after claiming he wasn’t born Nigerian, hence he was ineligible to contest the presidential election in the first place.

The Independent National Electoral Commission (INEC) had declared President Muhammadu Buhari, candidate of the APC, winner of the election for polling 15,191,847 votes against Atiku’s 11,262,978 votes.

Atiku and the PDP challenged the victory at the Presidential Election Petition Tribunal with a 139-page document, claiming that from the data in INEC’s server, Atiku actually polled a total of 18,356,732 votes while Buhari recorded 16,741,430.

But APC urged the tribunal to dismiss PDP’s petition for incompetence, arguing that Section 131(a) of the Constitution stipulates that a person must be a citizen of Nigeria by birth to be qualified to contest for the office of the President.

“Atiku is not a citizen of Nigeria by birth and ought not to have even been allowed in the first place to contest the election,” the ruling party said.

Responding on Saturday via a statement by Paul Ibe, his media adviser, Atiku said such “ridiculous defence” from the APC to his statistical claims “shows to Nigerians the type of characters we have in the APC and its government, whose legitimacy runs out on May 29, 2019”.

Dear citizens of our beloved country, Nigeria, His Excellency, Atiku Abubakar, told us previously that he has verifiable and incontrovertible evidence to show that the last Presidential elections were fraudulent, not credible and did not reflect the will of the Nigerian people, and he has been vindicated by the response of the All Progressives Congress and its candidate, President Muhammadu Buhari, to his petition to the Electoral Tribunal hearing the petition he filed,” read the statement.

“The former Vice President based his case on facts and statistical evidence and challenged both the Independent National Electoral Commission (INEC) and the APC, to disprove his factual submissions.

“The fact that the APC chose to base its defence on the ridiculous assertion that the Waziri Adamawa is not a Nigerian should show to Nigerians the type of characters we have in the APC and its government, whose legitimacy runs out on May 29, 2019.

“The position of the APC is so pedestrian and shows such straw clutching desperation on their part, that I shall not dignify it with an answer. Our lawyers would, of course, do the needful in court. But the point I want to draw the attention of Nigerians to is that both the APC and its candidate have by this infantile logic admitted to the fact that they trampled on the will of Nigerians and that their only defence is to attempt an unconstitutional redefinition of the term ‘Nigerian’.

“I am, however, confident in the Nigerian judiciary, as well as in the Nigerian people. I trust that the Tribunal will treat such a claim with the contempt it deserves. We must maintain our fidelity to the rule of law and to our fountain of origin, the 1999 Nigerian Constitution (as amended).

“Atiku Abubakar has served our nation diligently in various capacities, form the civil service, where he rose through merit, to the top of his chosen field, to public service, where, by the grace of Hod, he was the Vice President of the Federal Republic of Nigeria.

Atiku added that those who have made Nigeria the world headquarters for extreme poverty are the very people whose Nigerianness should be in doubt, “and not a man who worked with President Olusegun Obasanjo to double the per capita Income of our nation in less than eight years”. 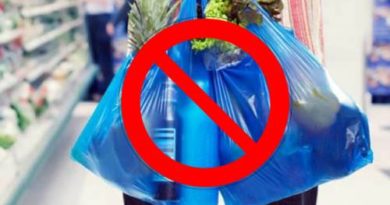