Bukola Saraki, Nigeria’s Senate President, announced the release of the National Assembly’s 2018 budget months after the other arms of government had already had their budgets scrutinised and approved by the legislature.

The budget contains the summary of spending activities of the legislative arm for the budget year 2018, which will expire by June 2019.

But, what did SaharaReporters discover about the budget? Five of them below.

The National Assembly introduced a N1 billion service-wide vote in the 2018 budget, a deviation from what was presented as the 2017 budget.

Ben Akabueze, Nigeria’s Director-General of Budget, had previously explained service-wide vote as contingency provisions, which amounts are not fully determined and expenditure not specific to any particular agency.

Therefore, contingencies ought to have been specified since the budget was released towards the end of the 2018 budget cycle.  A breakdown of what the service-wide vote was used for would be a further step towards accountability and transparency.

For instance, there was an increase of over N2 billion of the Senate’s overhead cost, as well as an addition of over N3 billion for “General Services”.

Well, a N10billion raise in just one year is suspicious, but fingers crossed. Who knows,  in his next tweet, the Senate President may show evidence of staff/equipment cost increase.

All the projects listed under capital expenditure for the National Assembly Office are tagged ‘ongoing’ but their costs have substantially increased from the 2017 budget. In 2017, N657,394,022 was budgeted for purchase of “motor vehicles”, same as in the recent budget.

The costs of all the projects, except for those listed under the Capital Expenditure for the National Assembly Office, were omitted. This makes it difficult to know how many the lawmakers are spending on particular line item. This is a step backward from the 2017 budget which was more detailed.

Why make public a budget document if the costs of projects would still remain secret? 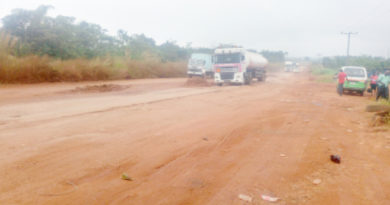 Listen to article A petition has been sent to the Manhyia Palace, the seat of the Asantehene, Otumfuo Osei Tutu