NAIROBI, April 11 (Reuters) – The Kenyan and Ugandan shillings are expected to weaken against the U.S. dollar in the next week to Thursday while Tanzania’s currency is likely to hold steady, traders said.

The Kenyan shilling is expected to remain under pressure from increased dollar demand in the energy sector and excess liquidity in money markets.

“(Dollar) buyers who were inactive are stepping back in to meet their requirements,” said a senior trader at a Kenyan bank.

The Ugandan shilling is expected to weaken on the back of a slowdown in yields on government debt, which could dent offshore investor interest.

“Yields (on debt) have come off and that won’t favour the currency going forward. Overall I am of the view the local unit will trade in a vulnerable position,” said Robert Mpuuga, head of treasury at Bank of Africa.

Rates on Ugandan debt declined at this week’s auction. The central Bank of Uganda is due to sell three-year and 15-year Treasury bonds on April 17.

The Tanzanian shilling is expected to hold steady and possibility gain ground, helped by dollar inflows from the tourism sector and mining companies.

Commercial banks quoted the shilling at 2,310/2,320 per dollar, the same as last Thursday’s close.

“Dollar supply will improve due to the inflows from tourism as we are heading to high tourism season and we are seeing some big mining companies coming into market to sell dollars,” a trader at one commercial bank said.

The naira is expected to be stable at around the 360 level as ample dollar liquidity from foreign investors and exporters provides support for the currency, traders said.

The naira traded in a range between 360.12 and 360.50 per dollar on Thursday, similar to levels quoted last week. Traders say the naira has found support at 360 because the central bank buys excess dollar liquidity at that level.

It was quoted at 360 at currency bureaus and 307 on the official market, thanks to central bank support. 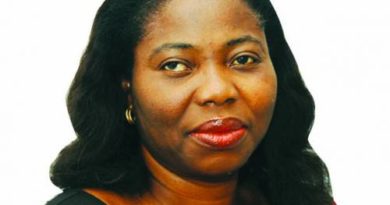 How do asset allocations change with age?

The 2nd Regional Vice Chairman of the ruling New Patriotic Party (NPP), Mr Sam Cudjoe is dead. The cause of