LONDON, April 11 (Reuters) – Angola’s June loading programme is expected to emerge next week, traders said on Thursday, while the emergence of the Nigerian schedules is unlikely to appear until after the Easter holiday.

* About 6-8 cargoes remained from the May Angolan programme, mostly held by Equinor.

* India’s IOC awarded its buy tender for West African crude loading June 1-10 to Total and Vitol. Total will send a cargo of CLOV and Vitol a VLCC of Egina and Agbami, a trader said.

* About 25 cargoes of Nigerian crude were still available from the May programme.

* OPEC could raise oil output from July if Venezuelan and Iranian supply drops further and prices keep rallying, because extending production cuts with Russia and other allies could overtighten the market, sources familiar with the matter said.

* Nigeria will award contracts for its flared gas by the third quarter of the year, oil minister Emmanuel Ibe Kachikwu said on Thursday. (Reporting by Julia Payne Editing by David Goodman) )) 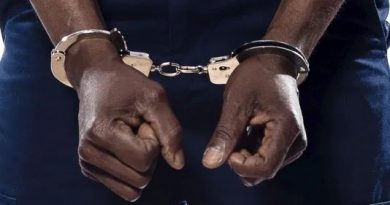 Manhyia Palace on Thursday constituted a new Board of Directors for Asante Kotoko Sporting Club, following the expiration of the