The Supreme Court has struck out an appeal filed by Tonye Cole and and two more filed by his faction of the All Progressives Congress (APC) in Rivers State against the party’s exclusion from the governorship and house of assembly elections in the state.

A seven-man panel of judges of the apex court led by acting Chief Justice of Nigeria, Justice Ibrahim Mohammed, struck out the appeals on Thursday for being incompetent and defective, saying the matters could not be heard by the court.

At the hearing of the appeals on Thursday, Jibrin Okutepa, counsel to the APC, argued that the Court of Appeal never affirmed the judgment of the Rivers State High Court delivered on the March 7. He claimed that the court only made a pronouncement that the appeals were academic.

But Emmanuel Ukala, counsel to the PDP, disagreed, informing the court of his preliminary objection challenging the competence of the appeals filed by the APC.

In the first ruling, Justice Muhammad upheld the PDP lawyer’s argument that the notice of appeal filed by the APC was defective. He made similar pronouncements on the other two matters.

The APC was barred from fielding candidates for the governorship and house of assembly elections, leaving the PDP to have a field day. Although APC entered an alliance with the African Action Congress (AAC), the PDP candidate and Governor of the state, Nyesom Wike, won by an incredible margin. 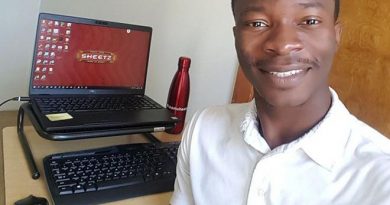 If you’re reading this, it’s time to moisturize and Huda Kattan will show you how it’s done. The beauty mogul