Ordinarily, chickens in the traditional Igbo society are not expected to fly. Those who fly are scorned at, treated as wayward and termed “okuko-enu”. Such chickens are prevented from flying by the clipping of their wings. Chief Atiku Abubakar, the PDP Presidential candidate in the 2019 Presidential election is now a miserable wayward chicken that has been flying around and pooping after he lost an election.

I may not know much, but I know chicken poop from chicken salad. Atiku’s flight to America to beg them to “dash” him the Nigerian Presidency is chicken poop. His wings should be clipped.

When I heard that Chief Atiku has hired Bruce Fein at $30,000 over a 90-day contract to “…obtain official recognition from the United States that he [Atiku] is the authentic Nigerian President….” I remembered William Shakespeare’s quote, “O mischief, thou art swift to enter in the thoughts of desperate men!”

For years, Atiku has been pursuing the Nigerian Presidency desperately and mischievously. From the onset, Atiku’s Presidential election was built on sinking sand. He chose to build a tower, and spend no more labor on the foundation than would be necessary to erect a hut. His illusions were, therefore, confronted by reality at the polls.

As the wise saying goes, if you want no disappointments, don’t indulge in illusions. He who lives on illusions dies of disillusion. But, like a wayward chicken, Atiku has been unable to analyze his delusions. He has refused to understand, proverbially, that challenging Buhari is akin to stupid chicken challenging a wild cat.

Proverbs are powerful, like this one: you can beat a fool half to death but you can’t beat the foolishness out of him. Even after Atiku was beaten silly in 2019 Presidential election, the foolishness in him, stubbornly, refused to leave.

From the announcement of fake results of the Presidential election that makes a mockery of his acclaimed business intelligence to lobbying to be recognized as Nigerian President, Atiku and his handlers appear to be stuck in the pothole of miserable thinking and actions.

When you ask, you become a fool for a little while, but when you don’t ask you become a fool for the rest of your life. Atiku failed to ask or find out why he lost the election. Instead, he is chasing the shadow of the Nigerian Presidency in the United States. After losing the 2019 election, Atiku, unfortunately, has become a shell, a shadow man, completely defeated, drowning in his own misery and illusions.

Even before losing the election, Atiku and the Atikulated were living in a hermetically sealed bubble in which only their delusions are reinforced and an alternate reality reflected. Atiku’s illusions on the possible outcome of an election as reality was the most dangerous of all delusions.

When the Presidential election result became clearer, there was an initial denial and subsequent shock for Atiku and those in his cocoon. They were shocked that the country would not only reelect President Buhari but that it did so with a wider margin than in 2015. The greater part of Atiku’s mischief arises from the fact that he does not sufficiently understand that no matter how he tries, he cannot lick his elbow.

Igbo proverb tells us that a man who does not know where the rain began to beat him cannot say where he dried his body. The problem for Atiku and his Atikulated fans is even more fundamental – they are still soaked and have vehemently refused to get out of the rain.

What Atiku and his Atikulated people living in cocoon have done successfully, is creating their own media outlets, which became a bubble onto itself. After losing the election, they are still suffering from an era of on-demand reality. To get out of the pothole of misery, therefore, Atiku and his fans should stop spinning like tires clenched in a mud.

A man is as miserable as he thinks he is. Atiku should have known one of the biggest lessons of life; happy people find a way to live with their problems, and miserable people let their problems stop them from living.

Atiku should not let his problems stop him from living. He should convince himself that he need not be the President to get Nigeria working again. Since it appears that the only source of his happiness is public service aimed at lifting Nigerians out of poverty, he could start small. For example, he can focus on using his millions of dollars to help re-orientate the mindset of the members and possible recruits of the dreaded Boko Haram at his ravaged backyard in Northeastern Nigeria. This will be therapeutic.

Atiku can try as much as he wants to flee his misery, but of course, he can never flee from the misery that is within him. To cure Atiku of illusion and misery, he shouldgive himself permission to be happy. He should top giving birth to mischievous deceit and vanity. He should allow himself to an experience of small pleasures – a hike to the top of Adamawa highland. This can provide both an escape from mischievousness.

Finally, Atiku should remind himself that it’s OK to have fun, even though part of his life may be falling apart.The take away from this piece for Atiku is that hecan’t mend a broken egg.Atiku should stop running about like demented miserable chicken. He can crow the loudest but that does not mean that he lays the biggest eggs.

A smart chicken looks up when drinking water because what kills it comes from the sky while a wayward chicken hears things in the stew pot. Atiku should look up and stop thinking about the Nigerian stew pot – the money in the treasury.

Chicken says that after someone sweeps him he can still excrete, but if someone beats him, bam! he dies.  The miserable-wayward chicken, Atiku, should stop excreting in order not to provoke the Nigerian government to beat him bam! 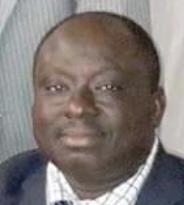