LAGOS, April 10 (Reuters) – Nigeria announced on Wednesday a target to double its manufacturing output to 20 percent of GDP within six years and will set up production hubs across the country in partnership with regional aid banks.

Nigeria is Africa’s biggest economy but it lacks a strong manufacturing base, which contributes less than 10 percent to its total gross domestic product (GDP). The country has maintained a strong currency to ensure it can keep imports pouring in, with a growing proportion coming from China.

“Project MINE’s (Made in Nigeria for Export) strategic objectives are to increase (the) manufacturing sector’s contribution to GDP to 20 percent … and generate over $30 billion annually by 2025,” the ministry of industry, trade and investment said in a statement.

The government has set up Nigeria SEZ Investment Company, which will finance industrial parks in special economic zones in the commercial capital of Lagos, southeastern state of Abia and northern state of Katsina.

The government is currently raising capital of $250 million for Nigeria SEZ Investment Company. It plans to double its equity to $500 million over four years, the ministry said.

Lenders such as African Development Bank, Afreximbank, African Finance Corporation and Nigerian Sovereign Investment Authority have shown interest in co-investing with the Nigerian government, which would own a 25 percent stake. Two Chinese groups have also shown interest, the ministry said.

The West African country’s manufacturing and agricultural sectors have been neglected since the 1970s oil boom, when Nigeria began making easy money from crude oil sales.

Nigeria, where the vast majority of the population lives on less than $2 a day, recently emerged from a recession but growth is fragile and the government is trying to diversify its revenue away from its reliance on oil.

President Muhammadu Buhari, who is due to start a second four-year term next month, has pledged to revive the economy and is focused on building roads and expanding the railway network to lower production costs.

The ministry said that the new investment company would facilitate investment into the special economic zones. However, some lawmakers have questioned government’s investment in the company, which is meant to be private-sector led.

Critics point to lacklustre interest in some other free trade zones around Nigeria, such as the $300 million Tinapa resort in the southeastern state of Cross Rivers, which was set up in 2007 and envisaged as a tourist resort and duty-free shopping area.

In 2010, Lagos state, touted plans to set up a free trade zone with Chinese investors to develop local manufacturing but little production has been set up there. (Reporting by Chijioke Ohuocha; Editing by Susan Fenton)

What “stay the course” means if you’re retired 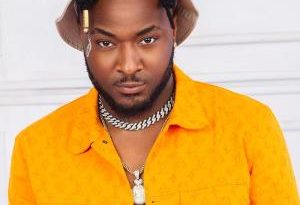 Listen to article The Member of Parliament for Damango constituency, who doubles as a member of the Energy Committee of