E! got a lot more juicy detail on Lori Loughlin’s state one day after a Federal Grand Jury indicted her and her husband Mossimo Giannulli with a new charge, money laundering, in the college admissions cheating case. It turns out she is really regretting not taking a plea deal with a lesser jail sentence attached now, given that the new money laundering charge alone carries a 20-year maximum jail sentence. She already had a 20-year maximum sentence with her initial charges, so she could at most serve 40 years in jail.

Loughlin and her husband had been reportedly offered a plea deal with a 2-2.5 year minimum jail sentence included in it but no additional charges like money laundering. Loughlin refused it, People reported earlier, because she didn’t want to accept a plea deal with any prison time in it.

A source told E! that Loughlin was really convinced she could make it out of this without going to jail. (Loughin and her husband were accused of paying $500,000 to make it appear their daughters Olivia Jade and Isabella were rowing team recruits to guarantee their admission to USC.)

“She has been in complete denial and thought maybe she could skate by,” a source told the outlet. “She refused to accept any jail time and thought the DA was bluffing. She was adamant she wouldn’t do any jail time.” Now, she’s beating herself up for not taking that initial deal, E!’s source said. “Lori is finally realizing just how serious this is. She is seeing the light that she will do jail time and is freaking out.”

This entire thing has also put a strain on her and Giannulli’s marriage. “There’s a rift between Lori and Mossimo,” the source told the outlet. “He is completely mortified by this whole thing and she is putting on a happy face and acting like everything will be okay. They are blaming each other and disagreeing on things. They are starting to turn on each other and there is incredible stress and tension.” 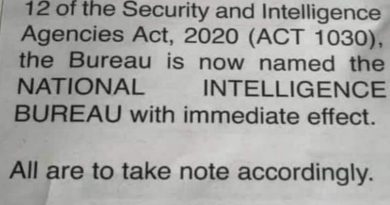 That is one singer the world is waiting for.

This got me so emotional I love her voice

I love her voice

youtu.be/ukuikQCkiIg soundcloud.com/user-68104749/god-is-here-1?si=a5bb90a45694428bb2bae94646ea2f75&utm_source=clipboa... audiomack.com/tommy-breezee-3/song/god-is-here vm.tiktok.com/ZMLdfTV5Y/ www.facebook.com/iamtbreezee/ instagram.com/iamtbreezee?utm_medium=copy_link GOD is Here is a reassurance Song co written and sang by #Zibili along side #Tbreezee. We hope this epic rejuvenate the minds of everyone out there doubting the promises of GOD. #BROADCAST Please FAM kindly like share and subscribe SHOW SOME LOVE ❤️

I love this girl where can I find her?

Wonderful kids !. May the annoiting of God never dried off your heads !.

From the texture of her voice she'd be a fantastic singer if discovered early and well groomed.

The texture of her voice is that of @mercy_chinwo

May ur helper locate on time

Two voter registration centres in the Sissala East Municipality could not register any applicants on Wednesday as torrential rain, which