LONDON, April 9 (Reuters) – Angolan cargoes for May loading dwindled to less than after a strong month of sales to Eastern markets. Nigerian cargoes for April were also almost sold out, paving the way for compromises on elevated differentials for May.

* Cargoes for April sold roughly on schedule as Asian demand held and Western refiners sought to stock up on lighter Nigerian grades ahead of the summer driving season.

* About 30 cargoes remained for May but they have failed to attract European buyers as the major Bonny Light and Qua Iboe grades continue to be offered at a more than $2 premium to dated Brent.

* Less than 10 cargoes remained from the May programme, most of which were held by Equinor.

* The June loading programme is expected early next week.

* Angolan heavy-medium crude continues to be in high demand.

* A buy tender from India’s IOC for loading June 1-10 closes on Wednesday.

* Indian refiners are holding back from ordering Iranian oil for loading in May, pending clarity on whether Washington will extend a waiver from U.S. sanctions against the OPEC-member, four sources said.

* Oil slipped from a five-month high above $71 a barrel on Tuesday as Russian comments signalling the possible easing of a supply-cutting deal with OPEC countered concern that violence in Libya could tighten global markets. (Reporting by Noah Browning Editing by David Goodman) )) 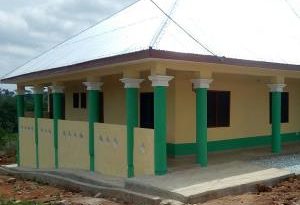