In a retaliatory decision amid palpable tension between Iran and the United States of America, Iran’s Supreme National Security Council has designated the United States Central Command (CENTCOM) and all its military forces as a terrorist organisation.

Iran announced its own response by the country’s official news agency, the IRNA, minutes later.

Trump had said that the US “recognizes the reality that Iran is not only a State Sponsor of Terrorism, but that the IRGC actively participates in, finances and promotes terrorism as a tool of statecraft.”

Iran has since described the move by Washington as “illegal and foolish act”.

IRNA said in a statement that It “declares that it considers the regime of the US a ‘state sponsor of terrorism’ and ‘the Central Command of America, known as CENTCOM’ and all forces related to it “terrorist groups.'” 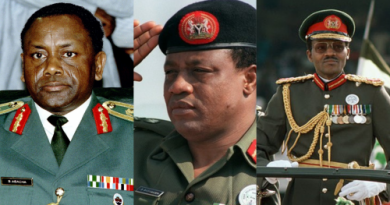 FEATURE-Tech entrepreneurs seek to shatter stereotypes about women in farming

The National Democratic Party (NDP) says its flagbearer, Nana Konadu Agyemang Rawlings has not pulled out of the upcoming presidential

Kasoa ritual murder: Family of teen suspects sneak out for fear of attacks