On Saturday, Marc Jacobs married his longtime boyfriend, Charly “Char” Defrancesco, after getting engaged with the help of a flashmob in a Chipotle a year ago. The whole affair was, to say the least, extremely thoughtful. Guests were treated to a touching montage of the pair’s personal home videos as well as covetable party-favor hoodies. The couple exchanged vows at an intimate ceremony in New York City, but the reception, at The Grill in Midtown, was where things really got festive. (Naomi Campbell and Lil Kim were spotted on the dance floor together.)

Adorable animals were true-love mascots of the evening. Jacobs and Defrancesco wore matching diamond and onyx penguin pins (a notable reference to the fact that penguins mate for life). The pins were a gift from Prada and Miu Miu design director Fabio Zambernardi, Jacobs noted on Instagram. The aforementioned hoodies came with a cheeky note that read “I came to Marc and Char’s wedding celebration and all I got was this lousy sweatshirt” and featured otters holding hands and the message “Don’t float away.” Customized “Marc and Char” vape pens were also on offer.

Jacobs and his husband were, fittingly, the sartorial stars of the night in coordinating dark green. But the grooms weren’t the only show-stoppers in the room. At one point, tuxedo’d dancers with Velma Kelly-style wigs performed a perfectly choreographed Jazz-Age dance leading up to the reveal of a five-tiered cake.

By all appearances it was a wedding for the ages. Congratulations to the happy couple! 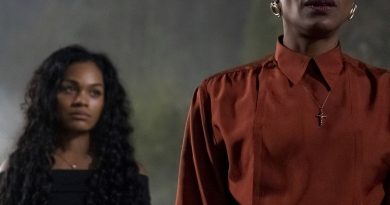 The Haunting of… Season 3: Everything We Know 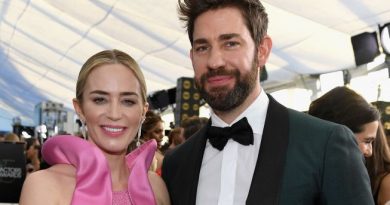 Emily Blunt on Her 12-Year Relationship With John Krasinski, Her ‘Confidant’ and ‘Anchor’