Dr. Ibe Kachikwu, Nigeria’s Minister of State for Petroleum Resources, tasked indigenous operators in the oil and gas sector to step up their investments and take over major operations from international oil companies (IOCs).

Kachikwu made the assertion at the opening ceremony of the 2019 Nigeria Oil and Gas Opportunities Fair (NOGOF) in Yenagoa, Bayelsa State, on Thursday.

The 2019 NOGOF conference which featured about 1,500 participants was tagged: ‘Maximising Oil and Gas Industry for Benefit of Nigerian People’.

The minister said it became important, especially as many were considering divesting and charting new paths.

According to him, changes in the global oil and gas industry are presently challenging the present exploration and investment strategies. This, he said, was because, “oil is fast becoming a degenerating asset with alternative sources of energy taking over and attracting new investments”.

Kachikwu said while the world was moving on from fossil fuels, Nigeria has yet to take advantage of the opportunities in the sector and design strategies to harness advantages of renewables.

The minister urged indigenous firms to take over and stop playing safe if they would benefit from the opportunities availed through new trends in the industry.

Kachikwu said government had reduced the cost of crude production to 23 dollars per barrel from about 32 dollars, adding that some companies in the joint venture with NNPC had already driven the cost down to 15 dollars.

The minister said henceforth, approval for projects in the petroleum industry would be based on the cost of producing oil and gas, noting that efforts are on to further ensure the cost was brought down to below 15 dollars per barrel.

He added that efforts to bring down cost of production should not be by the government or through policies, but should be driven by the private sector.

He said: “The ministry is going to come up with a benchmark to analyse and compare companies who do business in Nigeria and what cost of production they are running. This is because any unbelievable cost of production, basically impacts on the revenue stream of the country.

“We need to start finding out how companies awarded recognition are doing, and why are the others not going in that direction. However, excuses of the environment being different or absent infrastructure can no longer hold water, because there are a lot of countries with peculiar situation as ours that are producing oil at relatively lower level.

“One of the mandates that I am giving the Department of Petroleum Resources (DPR) is that as we begin to look at new projects, the cost at which we are going to produce is going to become critical to our ability to approve those projects for you.

“This has brought us to another milestone in the industry where the crude oil loading and export can be effectively monitored from my office. So, it is becoming a major front burner item.”

He said government had invested tremendously in the oil and gas sector towards building capacity and investing in human development.

According to the minister, government had also ensured increase in production activities, and completion of Egina Project and AKK Pipelines among others, and was also working towards ensuring zero gas flare by 2020. 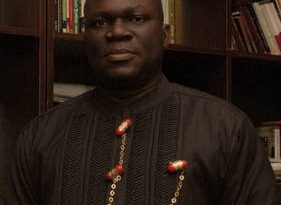 INEC Polling Units And The Future Of Elections, By Reuben Abati

It was dermatologically impossible, I recovered through Prophet Fufeyin, lady says

Be truthful about dumsor – ICU to govt