The Zamfara State Government has said it will recruit 1,700 local charmers to fight insecurity in the state.

Alhaji Bello Dankande, State Commissioner for Local Government and Chieftaincy, said this in Gusau on Wednesday, at a security meeting with traditional rulers and Fulani leaders.

Bello said 100 local charmers will be recruited from 17 emirates across the state.

Speaking on the security situation of the state, he said the state government would no longer tolerate insurgency in the state.

He said: “Enough is enough because as a government, we will not allow such criminals to be killing our people on a daily basis.

“We are aware that the Army Headquarters launched Operation Harbin Kunama 3 in this state last Monday.

“Both the federal and the state governments are making efforts to end criminal activities in the state.

“If we recall, we earlier met with Fulani leaders in the state; we gave them an assignment to go and consult with their members who are involved in banditry and criminal activities.”

On his part, Alhaji Ibrahim Bello, Emir of Gusau, said chiefs would work with the state government to end crime and insurgency in the state.

He said: “As custodians of our people’s culture, we have a vital role to play in addressing so many problems in society. We are partnering at the emirate level with various stakeholders.

“We have been meeting regularly with them to support the government in addressing the challenges.

“I am therefore giving the assurance of our cooperation with government at all levels and security agencies in fighting criminal activities.” 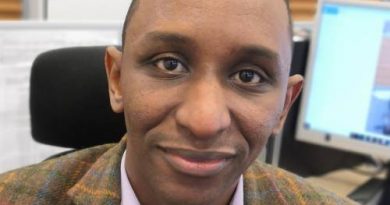