Gigi Hadid was reported last week to be very single, making some paparazzi and tabloids quick to link her to any man she’s photographed walking next to. Those rumors really took off last night when Hadid was photographed very close to her longtime friend Samuel Krost, a “mysterious man,” to some tabloids. It was the same guy she was photographed alongside on March 31, as seen above. The photo agency speculated then that Hadid was with a “new boyfriend?”

Fans were quick to identify Krost in both pics, and some were surprised at the pairing, given he dated Hadid’s friend Selena Gomez previously. Hadid was surprised too…surprised that people would jump to that conclusion based off of a photo or two of her just physically next to Krost. “If you outlets are going to continue writing bs headlines every time I’m seen with a friend of the male gender then there’s gunna be a lot of unneeded confusion,” she tweeted last night with an upside down emoji, narrowed eyes emoji, and face palm emoji.

Us Weekly reported last week that although Hadid still has feelings for her ex-boyfriend Zayn Malik, she has no plans to get back together with him because of bigger issues. “Gigi and Zayn still talk,” a source prefaced to the outlet. “She still has feelings for him, of course, but he has major issues and she knows they aren’t compatible. She’s still very single.”

Some fans speculated that maybe Malik was tweeting about Hadid when he posted a series of heated tweets yesterday. But they were vague enough, they could be about anyone, everyone, or even a tease of future song lyrics. Malik wrote, “How about you all go f*ck yourselves with your irrelevant bullshit? This ain’t a place for feelings. And you aren’t the person you said you were.”

He did tweet about Hadid on March 20 though, telling a fan that he loves his “I’m with you,” bracelet “because Gigi bought me it.” He gave her a “love you” shoutout on the platform on March 2. 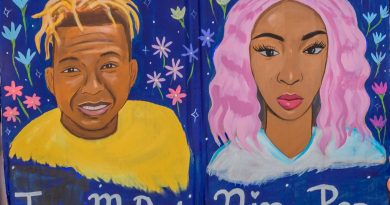 Where to Donate to Support the Black Trans Community 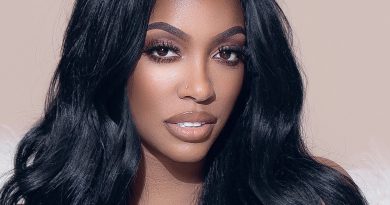 Porsha Williams Won’t Back Down: ‘It’s Life or Death in America Right Now’