ABUJA, April 3 (Reuters) – Nigeria has appointed local banks to issue 3.4 trillion naira of promissory notes that will go to settle a backlog of state obligations, the finance minister said on Wednesday.

Zainab Ahmed presented a memo to cabinet on Wednesday seeking approval for the notes, which she said would help revive an economy that has faced low growth since emerging from its first recession in 25 years in 2017.

The central bank has said growth in gross domestic product should reach 3 percent in the first quarter, buoyed by election and government spending, compared with 1.9 percent last year.

“Council today approved our memo seeking the approval for the appointment of seven transaction parties for the payment of 3.4 trillion naira local debt,” Ahmed told reporters in the capital, Abuja, after a cabinet meeting.

The obligations to be settled by the government include pension liabilities, unpaid salaries, accrued fuel supply interest and debt owed to contractors, according to her memo seen by Reuters.

The advisers include Zenith Bank, Access Bank , United Bank for Africa, and some merchant banks and law firms, she said.

Nigeria, which has Africa’s biggest economy, had planned to issue a 10-year promissory note to offset 2.7 trillion naira of debt owed to government contractors and employees, but the programme had to be approved by parliament.

Ahmed said on Wednesday that parliament approved the note issuance program, which would help the government to account properly for its liabilities, as at December.

The government has said it found unrecorded debts of 2.2 trillion naira left over from the previous administration after an audit aimed at improving transparency.

Nigeria has borrowed abroad and at home over the past three years to help to finance its budgets and to fund infrastructure projects, but debt servicing costs are rising.

It now plans to tap concessionary long-term loans to finance its 2019 budget in addition to local borrowing. (Additional reporting and writing by Chijioke Ohuocha; editing by Alison Williams, Larry King) 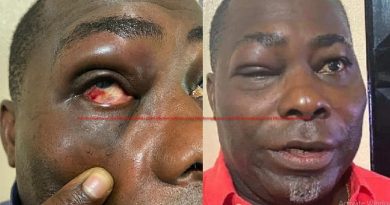 President of IMANI-Africa, Franklin Cudjoe has condemned the Electoral Commission (EC) for the inconsistencies that characterized the outcome of the