LAGOS, April 2 (Reuters) – Nigerians searching for their dream home to buy or rent are turning to the internet in droves, leading to a surge in the number of property-focused technology firms.

The emergence of these “proptech” companies is due to the country’s rapid population growth, faster broadband speed and cheaper smartphones that have also benefited other sectors from retail to gambling in the last few years.

“Our focus is on the mobile market,” said Fikayo Ogundipe, co-founder of market leader PropertyPro which launched in 2012.

“We saw an uptick in the market in 2014 when the use of smartphones came into Nigeria,” he added.

Ogundipe said the website receives around 500,000 hits each month, compared with 15,000 a month back in 2013, with around 90 percent of that traffic coming from mobile phones.

Nigeria has the highest number of internet users in Africa, with approximately 107 million internet data subscribers – an increase of around 85 percent over 5 years, according to the country’s communications commission.

But risks are attached to the convenience of online listings in Nigeria’s largely unregulated property market.

Painted warnings stating that a house is not for sale are daubed on walls outside houses in Lagos to deter fraudsters seeking to falsely advertise properties.

Anyone can become a property agent, without any form of accreditation, making it possible to falsify property listings without fear of punishment by an industry body.

“Some people find that their properties have been listed on platforms online and they don’t know how that happened,” said Abdulhakeem Sadiq, founder of Zama, a property site that launched in the commercial capital Lagos in November.

Sadiq said his company developed a vetting system on his platform to combat false advertising.

Dipo Davies, publisher of Castles Lifestyle, a local property magazine, said that at the lower end of the property market where rooms are rented, many Nigerians still search for homes through agents.

But tech entrepreneurs are banking on cheaper smartphones and data to ensure that online searches for accommodation – currently an approach mainly taken by wealthier Nigerians – becomes more widespread. (Reporting by Didi Akinyelure; Editing by Alexis Akwagyiram) 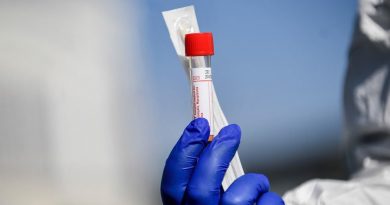 WHO warns malaria deaths could double during virus pandemic

Banasco Seidu Nuhu, A Former Parliamentary Candidate for the New Patriotic Party For Sawla-Tuna-Kalba Constituency in the Savannah Region has