NAIROBI, April 2 (Reuters) – The NBA will invest millions of dollars in Basketball Africa League, its first professional league outside of North America, and will be hands-on in its operation, a top executive said on Tuesday.

The NBA, in partnership with the International Basketball Federation (FIBA), is launching the Basketball Africa League in January 2020, featuring 12 teams from across the continent.

“This league will be fully operated by the NBA,” Amadou Gallo Fall, the NBA’s vice president for Africa, told Reuters by phone from Johannesburg. “Our expertise and best practices will be on display.”

The NBA generated $8 billion in revenue last season, according to Forbes, and industry players say audience interest in Africa has grown alongside the profile of Africans playing in the world’s top basketball league.

Cameroon’s Joel Embiid, a 25-year old center for the Philadelphia 76ers has emerged as a top player in the NBA, signing a five-year contract with the team worth nearly $150 million in 2017.

This season, Embiid and 24-year-old Giannis Antetokounmpo of the Milwaukee Bucks, born in Greece to Nigerian parents, are contenders to become the NBA’s most valuable player.

The NBA established an Africa office nine years ago. It held its first NBA Africa game in 2015. Games in 2017 and 2018 were played in front of sold-out crowds in South Africa.

Basketball Africa League will involve six national champions — from Nigeria, Angola, Morocco, Egypt, Tunisia and Senegal — who will automatically qualify for the competition. The remaining six will come through international qualifiers later this year.

“It’s an opportunity through our partnership with FIBA to continue to strengthen the basketball ecosystem here,” Fall said.

He did not confirm exactly how much the NBA would be investing in the league but said it was millions of dollars.

As the NBA courts African audiences, African players have been conquering the NBA.

There were 13 African-born players on the rosters of NBA teams at the opening of the 2018/19 season, out of the 108 international players. That rises to about 40 if players with African parents are included, Fall said.

“It tremendously impacts the growth in popularity of the NBA,” he added.

The NBA began in March livestreaming on YouTube two games a week for free for viewers in sub-Saharan Africa, in a bid to build a larger fan base on the continent.

The league opened an elite basketball academy in Senegal in 2017, which along with its Basketball Without Borders Africa programme, has showcased African talent hoping to play for NBA teams or U.S. colleges.

The next step is for an African basketball team to secure an Olympic medal, Fall said.

“That day is coming soon,” he added. 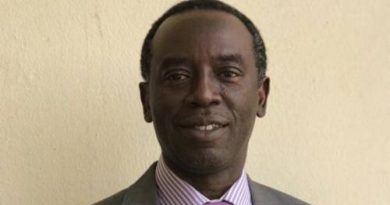 Herbal Claims For COVID-19 Cure… Then What? By Prof Olobayo O. Kunle 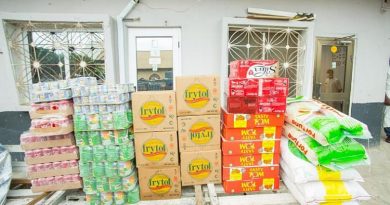 Member of Parliament (MP) for Assin South, Rev. Ntim Fordjour has called on the National Security to close immediately close