In every presidential election in Nigeria, “politics of tribe” has played a major role in our political calculations and tribulations. Ethnic politics in Nigeria determines the next president. Ethnic politics makes it possible for our presidents to channel government resources to their ethnic supporters in order to protect their political survival.

Nigeria has been a troubled nation since it was founded by the Brits. The British colonizers divided Nigeria into three major ethnic groups: Yoruba, Igbo, and Hausa. We were lumped together with little or no regard to our common characteristics such as language, religion, culture, tradition, customs, and values. Politics of ethnicity has become inter-tribal competition for representation in government and for resources. Because of this, it has become impossible to manage our ethnic diversity.

The consequences of our tribal politics are obvious and enormous – rampant corruption, marginalization, disfranchisement, lack of progress and prosperity, chaos and crisis, and unending violence. Our society is severely divided by ethnicity, religion, and language. Our democracy has been made difficult because our voting and other important policy decisions are based on ethnic politics.

Recently, President of Arewa Youth Consultative Forum (AYCF) Yerima Shettima, warned South-East and South-West to stop dreaming of producing the next president in 2023. In an interview with The Sun, Shettima said: “Buhari’s administration has not really benefited the north because we are yet to see meaningful development. What most northerners know is that they have a brother who is the president but that has not translated to anything meaningful to those down here.”

“As far as we are concerned,” continues Shettima, “President Buhari’s administration is a government of the South-West because almost all the goodies were given to them. Already some South-Westerners are raising their heads to claim that it is their turn in 2023 but for us in the north, we would plead with the South to bear with us for another 12 years because we need to feel the impact of governance.” Shettima concludes: “In 2023, we will ensure that we present a credible Northern son to contest and we will also expect the Southern people to have the understanding on why they should support us.”

Shettima is very outspoken on sensitive and divisive national issues. Most of the times, he speaks like a man whose brain has long been vacated from birth. He is known to spew out cow dung from both sides of his mouth. However, I agree with him that the north should continue to rule Nigerian in 2023 and beyond. Why should the north rule Nigeria in 2023 and beyond? The northerners had long claimed birth right to rule Nigeria for life. And most importantly, of all  the three major ethnic groups, the northerners are the most skillful politicians. From the first Prime Minister Alhaji Abubakar Tafawa Balewa to President Muhammadu Buhari, the northerners have proven to be the most intelligent, the most charismatic, the most creative, and the most savvy. The northerners are the best equipped with native intelligence to rule Nigeria. They have proven that they can rescue and save Nigeria from disintegration.

The governments of Balewa, Abacha, Babangida, Y’Aradua, and lately Buhari to mention but few of the presidents from the north, Nigeria has witnessed unprecedented progress and development. They have been able to transform Nigeria into a civilized nation and industrial giant. They have proven that they are best prepared to govern and of course they make the best presidents. Under them, Nigeria has witnessed revolution in all areas. Our economy is the largest and the fastest growing in the world. Millions and millions of jobs have been created. Our infrastructure remains topnotch. We have enjoyed unhindered safety and security throughout the country. Our education system remains the envy of the Western world. Needless to say, our healthcare system is the best in the world.

Take a trip to the northern states of the country, you’ll see how presidents from the north have turned their desert regions into paradise. It’s the ninth wonder of the world. In terms of development, Dubai and Rwanda can’t keep up with northern states. Their schools and hospitals are the best. I’m baffled why the president and other rich Nigerians keep going to abroad for medical treatment when they can get superb treatment in hospitals in Kano, Katshina, Kaduna, Daura, Adamawa, etc., for half price of what overseas hospitals will charge them. Truth be told, the Yorubas and Igbos don’t have the capacity, capability, knowledge, drive, experience, creativity, innovative ideas to turn Nigeria around like people from the north had done in their years as presidents. The northerners are humble, submissive, gentle, respectful, conservative, and God fearing. Who will vote for the boisterous, rude, arrogant, disrespectful, radical, young and the restless trouble-maker Yoruba and Igbo infidels? God forbid!

Whereas the Yoruba Akindanidanis are the sick people of Nigeria. They have become cartoonishly immobilized. Among the three, only Yoruba Akindanidanis could not agree with one voice on where they stand on the future of Nigeria and what they want from Nigerian politics. To say they are cowards sounds generous. They are disunited, confused, retarded, dumb, and blind. They don’t have the experience in governance and nation building. They cannot unify and rally themselves around a common cause. They are not as qualified and prepared as the northerners to rule Nigeria.

As cowards, they are happiest playing the better of two evils. They don’t have the wisdom, the moral constitution, and the fire to resist or reject the Shettimas of the world and their agenda. With all their so called education, sophistication, brilliance, intelligence, and exposure, the Yorubas are satisfied by perching on the fringes of political power space granted them by the northerners. They don’t know how and can’t agree on how to take the center. If they couldn’t take the center, how could they govern from the center? Now you see the truth in Shettima’s heresy that northerners will rule Nigeria till eternity!

As for my Igbo brethren, they only know where their bread is buttered. They are great opportunists. They never let any opportunity pass them. They are contended with the status quo as long as the plums continue to flow.  See why the Igbos and Yorubas are easy preys for the manipulations and political tricks of the northerners? Shettima was right after all. The Hausa-Fulani will rule Nigeria for life. 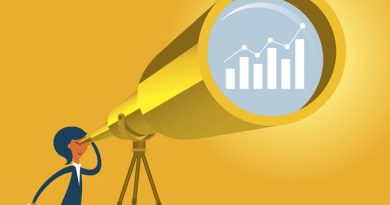 Can you handle the truth?

Insecurity: 44 CSOs ask Buhari to step aside or face impeachment, If…

Keep a firm eye on children – Irbard Ibrahim to parents

Mr Irbard Ibrahim, a security expert and analyst, has asked parents to keep a firm eye on children so they

19 Winter Fragrances to Keep You Cozy This Season