A California-based man has been sentenced to 20 years in jail for making hoax calls, including one that led to an innocent man being killed.

Tyler Barriss made a so-called “swatting” call to police, claiming he was holding his family hostage.

When police visited the address he had given, they shot innocent father-of-two Andrew Finch.

Barriss admitted making the call after getting involved in a row over a Call of Duty game between two other men.

Both 18-year-old Casey Viner from Ohio and 20-year-old Shane Gaskill from Wichita are awaiting trial for their involvement.

On 28 December, Barriss told police he had shot his father and was holding the rest of his family hostage.

He gave police a Kansas address but was actually in Los Angeles, about 1,400 miles away.

Armed police went to the property and shot 28-year-old Andrew Finch, who was innocent and had no involvement in the video game dispute.

Police say the responding officer shot Mr Finch, after he moved his hands towards his waist.

Barriss also pleaded guilty to making other hoax calls, including a bomb threat to the FBI headquarters.

“I hope that this prosecution and lengthy sentence sends a strong message that will put an end to the juvenile and reckless practice of ‘swatting’ within the gaming community, as well as in any other context,” Kansas Attorney Stephen McAllister said in a statement. 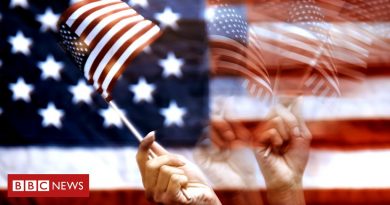 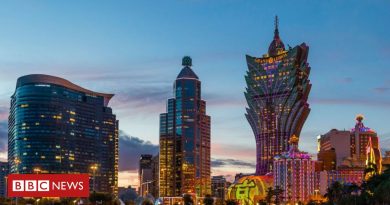 Macau gambles on tech for its Covid-19 recovery

The Okojie’s Family Mourn,As We Lost Prince id Okojie's mum
My Condolence My Prince
Ine Has Gone To Be With The Lord
May Your Soul Rest In Peace 😭😭 ... See MoreSee Less

May her soul rest in peace of the Lord.

Accept my sympathy my brother, may her soul rest in peace.

My condolences to the okojies

May her gentle soul rest in peace.

My sympathy, may God grant the family the fortitude to bear the loss R.I.P

May God rest her soul and grant you the fortitude to bear the irreparable loss.

May the LORD God grant her soul eternal rest!!!

May mama soul rest in peace

May Her soul rest in peace

Accept my condolences may her soul rest in peace 🙏