Reverend Samson Ayokunle, National President of the Christian Association of Nigeria (CAN), says “saboteurs and politicians in cassock” didn’t want the association to visit President Muhammadu Buhari to congratulate him on his victory at the February 23 presidential poll.

Speaking in Abuja after CAN visited Buhari at the State House on Friday, Ayokunle debunked the claim that the visit was the result of pressure from certain quarters.

There had been earlier reports that CAN was under pressure to visit Buhari, but that the organisation had chosen to wait till after the conclusion of the case presented by Atiku Abubakar, presidential candidate of the Peoples Democratic Party (PDP) at the Presidential Election Tribunal.

However, according to NAN, Ayokunle said the claims were untrue and blamed “saboteurs” for the report.

He said: “Saboteurs didn’t want us to come here (Aso Rock). We are old enough to know what to do and what not to do. If somebody like me after 60 years of age will be under pressure, it means that my life would never have meaning again.

“But by the grace of God we have a meaningful life, I know what to do. By God’s grace He has prepared me well for this assignment. So, those detractors and those politicians in cassock should go and find better job to do.”

He noted that aside congratulating the President on his victory, CAN’s visit was also to remind Buhari of the expectations of Nigerians in his second term.

He added: “Now, he has mastered the job; he has mustered enough strengthen to be able to go full swing into action. We want him to do more on security- kidnappings almost everywhere and the issue of insurgency in the North-East; the insurgents should be silenced once and for all.

“These ethnic militias that have now moved to the northwest, which used to be peaceful, and they are now causing violence there – before they will grow wings, their wings should be clipped completely.” 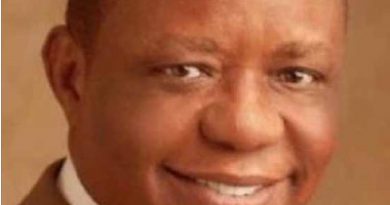