Miley Cyrus has become Hannah Montana again…well, at least in her appearance. The singer just revealed on her Instagram that she dyed her light brown and blonde hair platinum like her Disney Channel alter ego. She added extensions and blunt bangs to replicate her Disney character’s iconic long blonde locks.

In the show, Cyrus wore a wig when she was Hannah, her pop star persona. She had her natural brown hair when she was just her normal self, Miley Stewart. But tonight’s hair unveiling is all real, Cyrus told everyone on her Instagram Story. “#NoFilter #NoWig ALL ME!” she captioned a shot of her finished hair from the back.

Cyrus teased her ongoing hair transformation earlier in the day, showing her hair in foils on her Instagram Story. “Foil flip,” she captioned it. She also responded to fan excitement over her hair change, writing, “Stay tuned.”

And because Cyrus knows everyone is going to think she’s bringing her Disney Channel character back, she posted a video of herself acknowledging that yeah, she has Hannah’s hair now.

“You know guys, it was so hard going back and forth that I decided that I’ll just be Hannah forever,” she joked. “She was getting a lot of press this week, thanks to me.” Hannah Montana the show just celebrated its 13th anniversary. Cyrus paid homage to her character in multiple Instagram and Twitter posts. She also has been frequently linking out to a @hannahmontana Instagram account on her Stories today. There’s no posts there yet, but that seems likely to change soon. 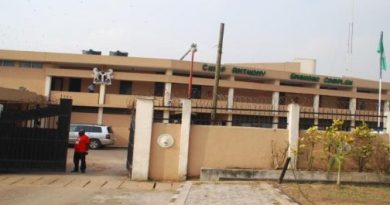 IN LAGOS YOU MUST LEARN HOW TO DRIVE WITH ONE HAND..
THE OTHER HAND IS FOR WANKA 🖐️
😂😂😂 ... See MoreSee Less