The problem of power supply has been one of Nigeria’s severe challenges. With the return of democratic governance in 1999, the appointment of Late Chief Bola Ige as Minister of Power and Mines was made in order to give hope to Nigerians that the problem would be resolved hinging it on the reputation of the Minister. It took just a year for the Late Chief Bola Ige to leave the Ministry perharps having come in contact firsthand with the ‘monsters’ that keep Nigeria in darkness and having concluded he would be better in the Ministry of Justice.

Similar hope would not be found again among the Nigerian masses up until 2015 when Babatunde Fashola SAN, a former Governor of Lagos was made the Minister of Power, Works and Housing by the Buhari administration.

The enthusiasm of Nigerians shot up on the grounds that Fashola had been Governor in Lagos and his achievements during that tenure recommended him to all and sundry as being in a position to solve the power problem. It has been 4 years of Fashola and power has not become better.

In 2000, Nigeria produced 6200 watts. In 2019, the Minister of Power, Works and Housing lauds that Nigeria now circulates 8,100 watts. Billions of naira have gone between this 19 year period approved by various governments for various purposes to make power better. What is still clear is that Nigeria has recorded little advancement which is really nothing as the population increase and demand for electricity in this 19year period would cancel out the minute progress that has been made.

Power controls national productivity with a lot of factories either leaving Nigeria or several others not even coming to invest in Nigeria in the first place due to the unattractive nature the power problem foists on the Nigerian economy. The cost of alternate power supply adds to the total cost of running business and considering that petroleum is not cheap in Nigeria at 145naira per liter, this further worsens economic reality and the cost of funding businesses in Nigeria. Even SMEs are loud in their complains on the toll the power problem takes on their meager profits.

Power also plays a huge role in keeping Nigerians happy as the activities that make daily living meaningful require steady power supply. Activities such as indoor recreation, charging mobile devices(which are used for a wide range of things including but not limited to banking, study, communication) and also for lightning spaces. Without power supply, it would always be the case that there is a drop in how happy the people in environment are or how efficient and productive Nigerians can be.

Whoever solves the power problem would be an instant darling of Nigerians. There exists no other issue even corruption which has more meaning to the life of average Nigerian as much as power does. It is the reason why the Nigerian laments when he returns from work or before he leaves for work. It is the reason why he stores fuel in kegs risking his life in his home. It is one of the reasons why the Nigerian cannot find employment because his employers have to cut costs to fund generator fueling or not even start the business in the first place dissuaded by the running cost incurred while trying to generate alternate power to run the business.

The popular rating of the Minister of Power, Works and Housing has dropped considerably low since his emergence to the role. The enthusiasm which greeted his ascension to the office and the hopes with which Nigerians believed a solution would finally been found have dispersed. Many wonder why he accepted the three roles of Power, Works and Housing and why he did not stick to one of the three instead.

Nigerians have their complains with some areas in Nigeria either just getting connected to the national grid after several years(some parts of Ondo just got connected last year) or some areas are still not connected to the grid. The media reaction to the claim of the Minister that power supply has improved with 24 hours now possible in two states best reflects the rage of Nigerians on the power issue.

While the Minister himself would admit that some areas are still in blackout and some have light for just 5 hours. The general consensus seems to be that there has not been much improvement. The complains are still there.

For a politician with Fashola’s track records both as a Lawyer and an administrator, the triple Ministerial roles he has to balance have not shown much in each portfolio and he seems to be running out on time to deliver uninterrupted power supply to Nigerians his-a-vis Works and Housing projects.

The concern with power in Nigeria is what is really wrong. No one has been able to place exactly what the problem is despite several attempts. There have been low revenues from power with a lot of Nigerians bypassing the meters and this action has not been dissuaded by any serious punishment. There are several Nigerians who connect to the poles directly and enjoy unmetered electric supply which of course tells on the nation in that the revenues generated from power are low and in extension there is little available for government to invest in power.

There are concerns that the power problem arises from the problems of circulation and not generation. However, even the privatization of the electricity sector has still not ensured any of these problems are solved. Generation has not improved. The Minister hinges his claim for improvement on improved circulation of power. However in the same breath, he admits some places still have as low as just 5 hours supply.

Fashola may be correct in his claims that the power has improved in some places. But largely, Nigeria is still in darkness and Nigeria loses a lot to this challenge.

Solving the power problem, rapid advancement would be recorded in our production sector and also in almost all other areas as electricity is needed everywhere and the lack of it has affected every sector.

The power problem needs a solution. Whoever solves it would have won himself immortality and the eternal admiration of the Nigerian masses. If Fashola returns to the cabinet, he may seek a place for himself in the pages of history by solving once and for all the problem of power. His ratings would soar and he would win mass admiration.

Koye-Ladele Mofehintoluwa is a Law student at Obafemi Awolowo University. He writes for several reputable print and online media. He is a member of several volunteer organizations and human rights bodies. He can be reached on [email protected] on Twitter @Koye_tolu. 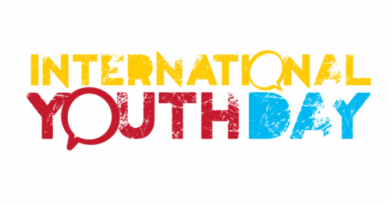 International Youth Day: Our Time Is Now By Ezra Ajiboye

You Have Become A Global Icon – NUGS Tells Akufo-Addo