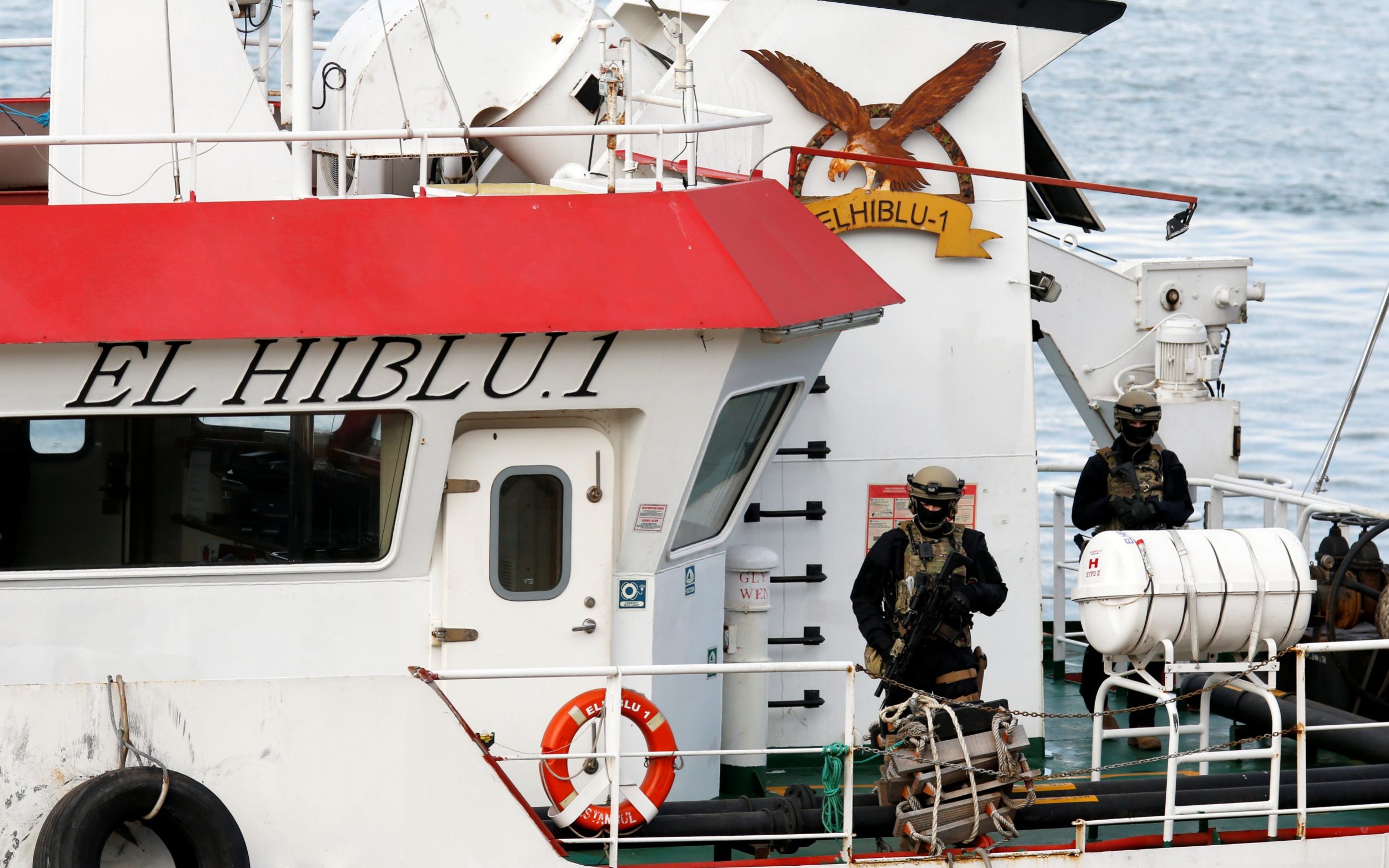 Maltese armed forces have boarded a merchant vessel that was allegedly hijacked by migrants after they were rescued off the coast of Libya.

Maltese authorities established communications with the captain of the oil tanker El Hiblu 1 when it was about 30 nautical miles away from Malta and proceeding towards the island.

“The captain repeatedly stated that he was not in control of the vessel and that he and his crew were being forced and threatened by a number of migrants to proceed to Malta.”

A Maltese patrol vessel stopped the tanker from entering Maltese waters.  A special forces unit was then dispatched to board the tanker and hand over control of the ship to the captain.

The special operations unit was backed up by a patrol vessel, two fast interceptor craft and a helicopter.

“The tanker, her crew and all migrants are being escorted by the Armed Forces of Malta to Boiler Wharf (in Valletta) to be handed over to the police for further investigations,” Maltese authorities said.

The intervention came after migrants hijacked a merchant ship that rescued them off the coast of Libya and ordered it to head towards Italy, the Italian government said on Wednesday.

But human rights groups said they were trying to escape the “hell” of detention camps in Libya and should be directed towards a safe port.

The El Hiblu 1 rescued the migrants from a sinking boat north of Libya and intended to take them back there, according to the Italian interior minister.

The Turkish-owned vessel was six nautical miles from the port of Tripoli when the migrants reportedly forced the 12-man crew to turn around and start sailing north.

“They are not shipwrecked migrants but pirates. They should know that they will only see Italy with a telescope”, said Mr Salvini, who is also deputy prime minister and head of the anti-immigration League party. “I tell the pirates, forget Italy.”

Asylum seekers are terrified of being sent back to Libya because of the inhuman treatment they are subjected to in detention centres, some of them run by trafficking gangs.

Since coming to power last summer, Italy’s coalition government has closed the country’s ports to rescued migrants, with Mr Salvini the most vocal exponent of the policy.

The Libyan coast guard, trained by the EU, intercepts migrant boats and sends them back to Libya, in a pushback policy that has been condemned by the UN and humanitarian organisations.

Refugees and migrants say they are beaten, raped and even sold as slaves in Libya.

They are tortured by smuggling gangs in order to extort more money from their families back home.

“No state can expel or push back refugees to countries in which their lives and liberty would be under threat,” said Mediterranea Saving Lives, a humanitarian NGO.

Sending the migrants back to Libya would constitute “not just a crime but an act of inhumanity.

“The ship should be immediately assigned a safe port in a European country where these people’s human rights will be guaranteed.

“They should not be treated like ‘pirates’ or criminals, but as asylum seekers who are fleeing the hell of detention camps in Libya,” the NGO said.

The drama came as the EU decided to effectively scrap a naval operation in the Mediterranean that has saved tens of thousands of lives since it began in 2015.

EU member states will withdraw their ships from Operation Sophia, which was tasked with reducing migrant trafficking and, more recently, training the Libyan coast guard to intercept migrant boats and dinghies.

Maja Kocijancic, a spokeswoman for the European Commission, said that “without naval assets, the operation will not be able to effectively implement its mandate.”

Air patrols over the Mediterranean will be maintained for the next six months, but without ships to rescue people.

Italy commands the operation but since coming to power last June, the coalition has refused to allow rescue migrants to disembark in Italian ports.

The Italians called on other countries to shoulder the burden, but none were prepared to accept more rescued migrants.

Nearly 2,300 migrants and refugees died while trying to cross the Mediterranean last year, according to UN figures.

Sign up for your essential, twice-daily briefing from The Telegraph with our free Front Page newsletter.