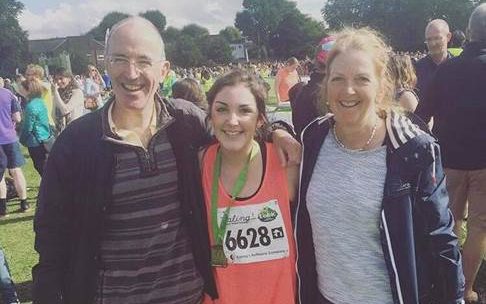 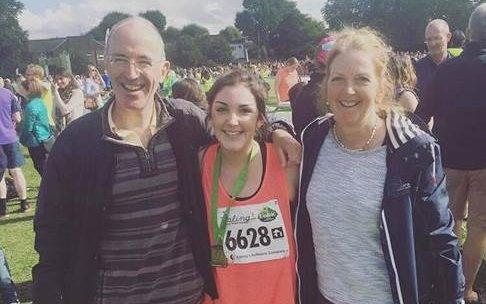 A young woman has been kicked off the London Marathon after an admin error because she shares a name with another runner.

Hundreds of people, including champion runner Paula Radcliffe, have begged the event to let Sarah Wilson, 25, run her first marathon.

Ms Wilson, a sales operations analyst from London, trained for over three months and raised more than £1,400 for St John’s Ambulance before being told she could no longer run.

The charity deleted her from their list of runners, she explained, because a junior member of staff assumed her name was a duplicate.

She did not find out until she telephoned the charity on Monday to find out when she could pick up her kit.

“I was signed up to the 2018 marathon and I was injured last year so I had to defer my place last March,” Ms Wilson explained.

“Then, I got confirmation for my place in the 2019 marathon from the charity, when I called up on Monday to find out when I get my running gear from them, they basically said ‘we only have one Sarah Wilson on the system and she’s from York’.

“Someone junior thought it was a duplicate and deleted me off the system.

“I was told I was not allowed to run and nothing could be done.

“Even though they have 170 people running on charity places and have accepted it’s an admin error.

“I contacted London Marathon directly and they said the rules are the rules and they’re in place for a reason because it’s such a big event.”

The young woman has managed to almost meet her target fundraising amount of £1,800 already, by campaigning online and organising bake sales.

Paula Radcliffe tweeted: “I am sure something can be done about this given she was confirmed with a place @LondonMarathon #ThanksaBillion”.

A London Marathon spokesperson confirmed that there is nothing to be done, and that after the cut-off point on the 1st February no changes to the list of runners can be made.

Hugh Brasher, Event Director, London Marathon Events, said: “It is unfortunate that from time to time people make errors. However, the absolute deadline for entries to the 2019 London Marathon was 1 February. We strive for fairness and integrity in everything we do and as a result uphold our rules of entry on every occasion.

“To try and help the charity and Sarah, so that her training and fundraising are not wasted, we have offered to get her a place in other marathons in April.

“Furthermore, the charity in question has guaranteed Sarah a place in our 40th celebration race in 2020.”

We are really upset that Sarah has trained for a very challenging event and through our human error, we have let her down. We apologise unreservedly. Unusually, this year we had two runners of the same name, which was mistaken for a duplicate entry, and this meant that we only registered one runner.

We know how we have got it wrong, and have put extra measures in place to ensure it doesn’t happen again. We take this disappointment very seriously and are working with her to ensure that all of her fundraising and training doesn’t go to waste.

Unfortunately the London Marathon’s registration deadline has passed but we’ve offered Sarah a place in alternative 2019 UK marathons, as well as next year’s London Marathon and hope she will accept this offer.