“What is the real benefit of Tinubu’s overlordship in the south-west?  In my state, the government has been owing workers. And there is no real development beyond manufactured statistics. Even Lagos that is often cited as the state where things are happening is the worst city to live in the world, according to an Economist Intelligence Unit report. His wife wants to be the deputy senate president; his daughter is the Iyaloja of Lagos and his son is a consultant for the state. You see, it is all personal agenda for Tinubu, but Awo pursued the Yoruba agenda.”

A friend, a renowned scholar from Osun, analysed the incongruencies of the Tinubu phenomenon to me in those words.

Perhaps, putting Tinubu and Awolowo (Asiwaju awon Yoruba) in the same petridish for analysis is an overreaching attempt at painting a picture in the clouds. But for every season, there is a man, who must push further the frontiers of legacies left by the heroes past.

Tinubu is a remarkable man. I reckon he was the first governor to run a citizen government. He was open, reachable and without the excess appurtenances of office; a quality which endeared him to the masses of Lagos. His achievements in the state despite the “Obasanjo blockage” will outlive him, and are even now the stuff of legend.

Over the years, he has fought and won many political battles, earning the deserving title of “Yoruba leader.” But as my dear friend from Osun puts it, “what is the real benefit Tinubu’s overlordship in the southwest?” Well, I have one answer to this question. He has succeeded in bringing the Yoruba to the centre of Nigerian politics again. Beyond this, I think there is no other benefit in terms of development, policy direction or infrastructure development in the region.

It is common knowledge that Awolowo introduced free primary education and free healthcare for all children in the western region, and increased the earnings from agriculture by boosting cocoa production. He also pursued the Yoruba agenda with an ideology or philosophy – (liberal democratic socialism) – which some of his followers carried on after him.

The times and circumstances may be different, but a man’s true wealth is not only measured by how much he has acquired, but also by how much his people benefit from such acquisitions. Today, how many people have access to free healthcare and quality education in the southwest which used to be a shining example to other parts of the country? And the region has even dropped from first to third in WAEC performance rating.

I think, Tinubu should have applied much of his influence in deepening the ethos of Awo. He ought to have continued on the path of that great legacy. He can still do so though.

The black market of spirituality 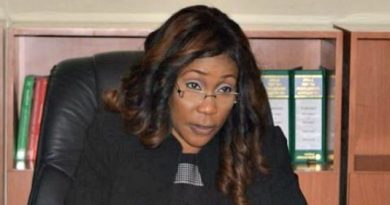 Telecom workers call the bluff of management; ‘we’ll strike despite your threats’