The first trailer for Noah Centineo’s new Netflix romantic comedy just came out today, and it looks real good. Centineo stars in The Perfect Date, as the charming but studious Brooks Rattigan, a high school student determined to fund his Yale University tuition by letting girls pay for him to escort them on dates. (We already knew he would make the perfect boyfriend.)

Centineo’s character wants the best of everything: the best car, the best college. He is also interested in dating the most popular girl in school, played by Riverdale‘s Camila Mendes. But the real sparks fly between him and Laura Marano’s character Celia Lieberman. Celia is Brooks’ first paid date and becomes his confidant as he goes on to create an app through which anyone can pay him to pretend to be their perfect stand-in boyfriend. Eat your heart out, Peter Kavinsky.

To do this, he has to dress up nice. The trailer gives us a glimpse of Centineo in themed party attire ranging from ’80s clothes to cowboy gear. It’s a real feast for the eyes:

There’s also enough chemistry between Centineo and Marano, who previously played each other’s love interests on Austin & Ally, to keep you sustained during the long wait for To All the Boys I’ve Loved Before’s sequel. That movie is about to start shooting now, by the way, as Centineo and his co-star Lana Condor revealed last week. 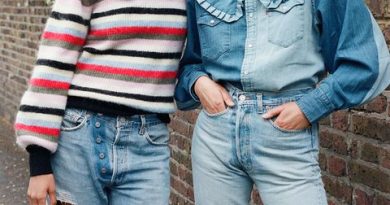 Ganni and Levi’s Team Up For New Clothing Rental Service