LONDON, March 26 (Reuters) – Demand in Asia, especially among independent Chinese refiners, was heard to be picking up after a weeks-long lull, pushing up differentials especially for heavy West African grades.

* Less than 20 cargoes remain for April-loading, as buyers sought deals on the overhang.

* Traders said Chinese demand was picking up after March-loading West African grades were snapped up rapidly ahead of the Lunar New Year but traded more slowly for April.

* Main grades Qua Iboe and Bonny light were trending up and being offered at around dated Brent plus $2 a barrel.

* Angola’s May cargoes are trading well after a slightly more sluggish performance last month, and the April-loading programme has cleared.

* Demand was heard to be especially high for heavy grades like Dalia and Hungo.

* Freight costs remain affordable and have provided an inducement to Asian buyers.

* India’s IOC is running a buy tender for crude cargoes loading May 20-29.

* Nigeria’s central bank cut its benchmark interest rate to 13.5 percent from 14 percent as part of an attempt to stimulate growth in Africa’s biggest economy and signal a “new direction”. (Reporting by Noah Browning, editing by Ed Osmond) ))

The Obasanjo Bombshell By Reuben Abati 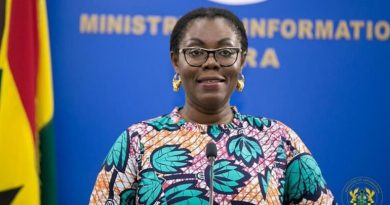 African Traditional Religion for the African; let’s go back to our roots — Nana Owonae Advise Ghanaians

I reject any affiliation to terror groups – Pantami

What ties the U.S. and Israel together? Our arrogant, doomed mythology of exceptionalism