* Nigeria emerged from recession in 2017

ABUJA, March 26 (Reuters) – Nigeria’s central bank cut its benchmark interest rate to 13.5 percent from 14 percent as part of an attempt to stimulate growth in Africa’s biggest economy and signal a “new direction”, its governor said on Tuesday in a surprise decision.

The move is the first rate cut since November 2015. The rate has been held at 14 percent since July 2016 to support the naira and curb inflation.

Nigeria, which has Africa’s biggest economy, emerged from its first recession in 25 years in 2017. Since then higher oil prices have helped the country to halt the contraction and stimulate growth.

“The committee felt that given the relative stability in key macroeconomic variables there is a need to signal a new direction in which case we are talking about being pro-growth,” said Godwin Emefiele, whose term as governor is due to end in June.

He said Nigeria should be able to push growth to between 2.7 and 3 percent, up from 1.9 percent last year.

“This rate cut is meant to signal that there is a need for us to move course a little further. To do so we need to begin to look at money supply, liquidity to push growth,” he said, adding that six of the 11 members of the monetary policy committee members who met agreed on the 50 basis point rate cut.

The inflation rate has been in double digits for three years. Consumer inflation grew 11.31 percent in February from a year earlier, down slightly from 11.37 percent annual growth a month earlier.

“This came as a big surprise, and it suggests policymakers have made a clear decision to ignore their own inflation targets and to focus on providing monetary stimulus,” said John Ashbourne, senior emerging markets economist at Capital Economics in London.

“I doubt that this will do much to boost growth, but it will hit the bank’s credibility with investors,” he said.

Most analysts polled by Reuters in January expected rates to be kept on hold through to the middle of the year at least. 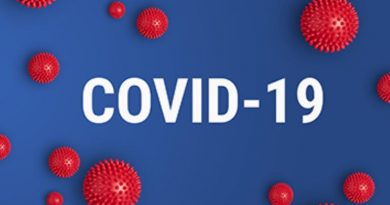