TANGIER, Morocco, March 26 (Reuters) – Argentina’s Angel Correa scored seven minutes from time to snatch a 1-0 win away to Morocco in a friendly on Tuesday and a much needed boost after their weekend defeat by Venezuela.

Correa came off the bench to score after being set up by Matias Suarez to add some gloss to an unconvincing week for the Argentines, who had talisman Lionel Messi back in the team on Friday in Madrid but lost 3-1 to Venezuela.

Paulo Dybala led the attack on Tuesday in place of the absent Messi, Sergio Aguero and Angel di Maria but there were few clear chances in a clash that was tempestuous in the first half with the referee having to hand out four cautions.

A swirling wind made it difficult to play in the second half but Correa needed no second invitation when handed the late opportunity, running across the face of goal before hooking the ball back across goalkeeper Yassine Bounou and into the net.

It was Argentina’s last game before they start the Copa Anerica in Brazil against Colombia in Salvador in June when Morocco will be at the Africa Cup of Nations in Egypt.

In other friendlies, Jonathan Kodja’s last-gasp penalty gave Ivory Coast a 1-0 win over Liberia in Abidjan, while Nigeria beat Egypt 1-0 with Danish-based striker Paul Onuachu scoring after nine seconds in Asaba after a defensive blunder.

Egypt were again without Mo Salah, who missed the weekend trip to Niger after being given permission to stay in Liverpool.

But his club mate Sadio Mane conjured up a superb individual goal for Senegal, slaloming through the Mali defence to score an 87th minute winner as they triumphed 2-1 in Dakar.

The friendly internationals followed the weekend’s last round of Nations Cup qualifiers. (Reporting by Mark Gleeson in Cape Town; Editing by Ken Ferris)

Meet 6 former Nigerian governors who have been to prison 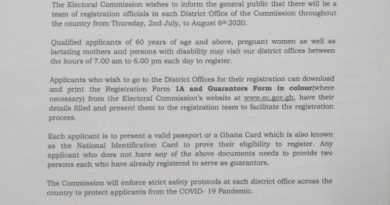