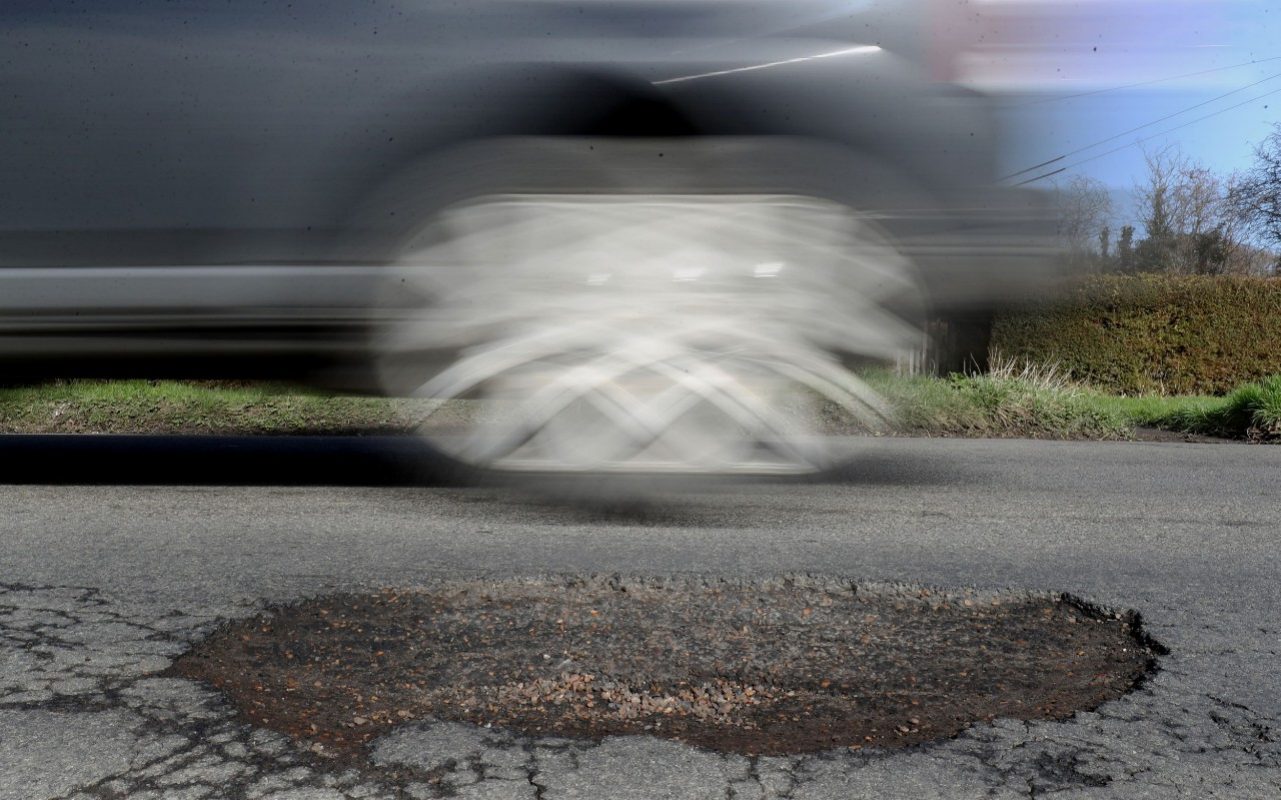 More than 40,000 miles of Britain’s roads are at risk of crumbling within five years, a major potholes survey has found.

Council figures show that a fifth of the country’s roads are in “poor condition” with less than “five years of life” remaining.

The survey found, however, that the number of potholes repaired by councils in England and Wales rose by more than a fifth last year.

It comes after Philip Hammond announced plans in October to spend £28.8bn on the UK road network. Councils were given an extra £420m to spend on tackling potholes, after roads were damaged by freezing weather.

Some 1.86 million potholes were filled in during 2018/19 compared with 1.53 million during the previous 12 months, the Annual Local Authority Road Maintenance (Alarm) survey found.

The analysis is based on council responses to a survey by the Asphalt Industry Alliance (AIA).

AIA chairman Rick Green said: “Yes, there’s been more money, but it’s clear from the 29% increase in the number of potholes filled in England and London that much of this has been used for patch and mend, which does not provide value for money or improve the underlying structure and resilience of our roads.”

RAC figures show drivers are two-and-a-half times more likely to suffer a pothole-related breakdown than in 2006. Its patrols received 1,714 call-outs between October and December 2018 for problems usually caused by road defects, such as damaged shock absorbers, broken suspension springs and distorted wheels.

“Councils share the frustration of motorists about the state of our local roads and, as this survey shows, fixing our roads is a priority for them. Faced with severe financial pressures, councils have managed to spend more on road repairs in the past year in order to fix a pothole every 17 seconds.”

A non-governmental organization, 4H-Ghana has called on the Ministry of Gender, Children and Social Protection to introduce a bill to