The sitting judge, Justice Abdulaziz Waziri, vacated his own order, saying: “Election is a constitutional matter; this court would not be used to breach the process.”

The judge however assumed jurisdiction to entertain the matter and adjourned to Wednesday March 27 2019 for hearing on the originating summon.

Meanwhile, Ahmed Umar Fintiri, who is the leading contender in the governorship race and his party, the Peoples Democratic Party (PDP), have applied and have been joined as second and third defendants to the suit.

Reacting to the ruling, counsel to the second and third defendants, Joe Kyari Gadzama (SAN), said: “Half bread is better than none; the judge has vacated the ex parte order but assumed jurisdiction in the substantive matter.

“I was at the Federal High Court in Abuja yesterday when the ruling about Bauchi governorship election was delivered and I’ve applied for a copy of the judgment to help guide his lordship on this matter.”

SaharaReporters can report that with this development, the coast has been cleared for the supplementary governorship election to hold.

Prof. Andrew Haruna, Returning Officer for the governorship election, had declared the election inconclusive following the cancellation of 4,988 votes in 44 polling units spread across 14 local government areas of the state. 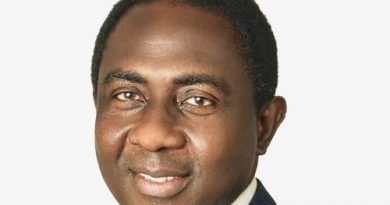 We Screwed Up Public Education, Now Is The Time To Fix It By Akin Olaniyan

Andrews Amoah, a primary six pupil of the Tutukpene M.A. Basic School was on April 24, this year expelled from