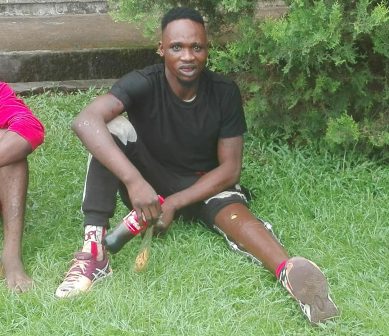 Endurance, a Libya returnee was paraded by the Command with scores of other suspects arrested across the state for various crimes, ranging from armed robbery, cultism, rape, etc.

The amputee was described by the police as a “very deadly cultist.” He however denied being a cultist.

He told our correspondent that he was among irregular migrants repatriated by the international migrant organization last December.

It was gathered that Endurance was arrested with other members of Arrobarga secret cult group at Uromi, in Edo central, where he was about to be made the kingpin of the group.

According to him, “Because of the hardship in the country, I decided to travel to Italy, en route Libya in 2016. But, unfortunately, I was shot at Libya, which resulted in my leg being amputated there.

“We were repatriated last December. When we came, the government did not give us anything, but the wife of Obaseki bought my [prosthetic] leg for me. How could I have been a cultist with one leg,” he queried. 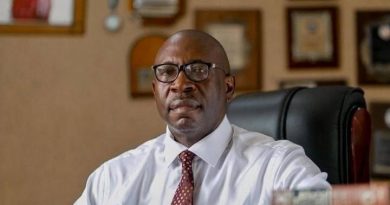 ‘Governor’ Osagie Ize Iyamu: An idea whose time has come – The Streetjournal 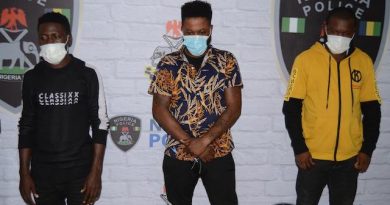