Although the Independent National Electoral Commission (INEC) has adjourned the collation and announcement of results of the Sokoto State governorship election, Aminu Tambuwal, candidate of the Peoples Democratic Party (PDP) and incumbent Governor of the state, is currently leading by a slim margin — but one that is unlikely to be overturned, with only one local government left.

When the March 9 governorship elections were declared inconclusive, PDP’s Tambuwal had secured 489,558 votes, while Ahmad Aliyu of the All Progressives Congress (APC) came a close second with 486,145 votes.

But, according to the official results of 21 out of 22 LGAs announced so far at the Sokoto collation centre, located at the Sultan Maccido Institute, Sokoto State, Tambuwal has polled a cumulative 517,044 votes while PDP’s Aliyu has had 514,825, leaving him with a margin of more than 2,000 votes.

Of all the local government results announced on Saturday and Sunday, none has had a margin of up to 2,000 votes, meaning Tambuwal will be elected if the trend continues for the final local government.

Fashola Asks: Those Who Don’t support Borrowing, Are They Ready For Increased Taxes? 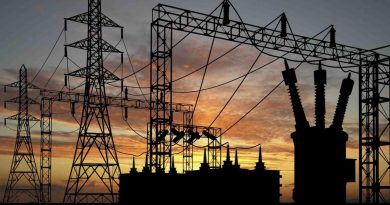 I plead Obaseki to concentrate more on good governance and forget any form of revenge. Leave vengeance for God. ... See MoreSee Less

the wicked shall never go unpunished

The battle is for the lord.

My brother God gave man WILL what belongs to everybody cannot be taken and own by one man. Edolite No be Lagos. Thiefnubu used godfatherism to claim all Lagosians land and properties which Oshipikin wants to do in Edo state. Now that it didn't work out for him he should return Edo State landed properties the state government needs it to develop the state. This is not about war or battle nor about grudges or pay back. Let him release the land period