Aminu Tambuwal, governorship candidate of the Peoples Democratic Party (PDP) in Sokoto State, has retained his seat as the Governor of Sokoto state, by a slim margin, after collation of results from 22 Local Governments Areas (LGAs), where supplementary elections were held.

When the results of the March 9 governorship elections were declared inconclusive, PDP had secured 489,558 votes, while Ahmad Aliyu of the All Progressives Congress (APC) came a close second with 486,145 votes.

For Kebbe LGA, the last deciding factor for the elections, PDP secured 5,457, while APC polled 7,173 votes.

According to the official results of 21 LGAs announced so far at the Sokoto collation centre, located at the Sultan Maccido Institutes, Sokoto State, Tambuwal was leading his counterpart, Aliyu Ahmad of the APC, with a margin of 161 votes.

As such, PDP defeated APC with 341 votes. 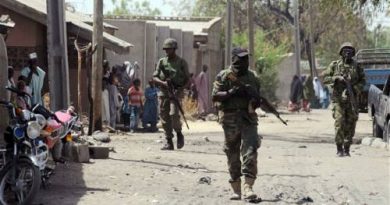 Boko Haram Counter-insurgency Operations: How The Public Can Contribute By Colonel Timothy Antigha

I’m not ready to resign, your agenda to bring me down won’t work — Chairman Wontumi to NPP executives