Senate Leader Ahmad Lawan has declared his intention to run for the office of Senate President in the ninth National Assembly.

Lawan, the senator representing Yobe North in the National Assembly on the platform of the All Progressives Congress (APC), made the decision known when he addressed newsmen in Abuja.

Speaking on his decision, Lawan, who has been a member of the National Assembly since 1999, said: “APC senators in this respect are so critical because that is our focus. But we will also reach out to other senators-elect from other political parties. So, this is a representation. This is not the number of senators that are supporting this cause. This is just introducing ourselves to you”.

“It is very critical and crucial that we talk to our colleagues, convince them that we are the right people to lead the Senate and the National Assembly.

“We take nobody for granted. We believe that the crop of senators elected this time will be such that can achieve much more in terms of uniting ourselves and focusing on the real issues of development, of making Nigerians experience very rapid and sustainable changes and transformation. We are not in any way thinking that we will start having some crisis. We are not even praying that that happens but our party, the All Progressives Congress, must have learnt its lessons. Therefore, I am sure the leadership of the party will do something differently.

“I am sure our leaders will try to manage this huge success of APC. and I have no doubt that the party will find us compliant and very supportive of the programmes of our party and our administration under the leadership of President Muhammadu Buhari.” 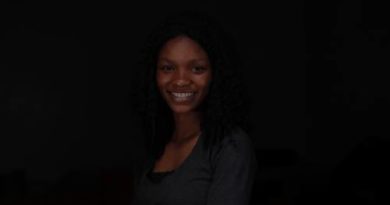