Ademola Adeleke’s victory at the Election Petition Tribunal is a locus classicus for democracy.  It jogs the cerebral cortex and revivifies cautious hope in the judiciary. But really, the victory is just one small step to the archipelago of power in Osun state for the “dancing senator”.

In 2016, about 81 elections, conducted during the 2015 general election, were upturned by the courts. The highest number since the 2007 elections.

Of significance is the nullification of the Rivers state governorship election, of which Nyesom Wike was declared winner, by an election petition tribunal. The Appeal Court upheld the decision of the tribunal sacking Wike, and when it seemed doom was certain for him, the Supreme Court affirmed his election.

While the tribunal and the Appeal Court hinged their judgments on alleged malpractices; failure to use card readers, ballot-box snatching, result fabrication and voter intimidation which beleaguered the election, the Supreme Court sat its own judgment on the wrong interpretation of the electoral guidelines as regards the use of card readers by the lower courts.

According to it, the card readers, though a good innovation, do not supersede the voter register, which was (reportedly) used in the exercise.

Although the facts of the cases vary, the split judgment in favour of Adeleke is not without divergent interpretation, which opens it to contest at the higher courts.

In a majority decision held by two out of the three justices of the tribunal, the supplementary poll conducted in 17 polling units in Osun was said to be alien to the law because INEC had no authority to carry out the exercise in the first place.  Also, the returning officer, who cancelled the result in the disputed units, was said to have acted beyond the remit of his power.

Conversely, in a minority judgment, one of the justices held that when non-substantial compliance affected the outcome of the election, the tribunal, with respect to Section 140(2) of the Electoral Act, did not have the power to deduct the votes afflicted by irregularities from the scores of the candidates and declare a winner, and that the election petition court only had the power to cancel the results of the polling units affected by the malpractices and order a supplementary election.

So, it is one stream crossed, but two snaky rivers to navigate for Adeleke.

But what does the victory portend for Atiku Abubakar, who is challenging the outcome of the 2019 presidential election? Is there any glimmer of hope?

I think the victory is nothing significant but a psychological booster for the Atiku camp. Though it rases hope in the ability of the judiciary to deliver justice, the complexion of the Atiku case is markedly different from that of Adeleke.

The PDP presidential candidate claims he defeated President Muhammadu Buhari with 1.3 million votes in the election, and that votes in states that are “PDP strongholds” were suppressed.

The courts will have the last say, and hopefully justice will be served on a dispassionate, impartial, fair and balanced platter. 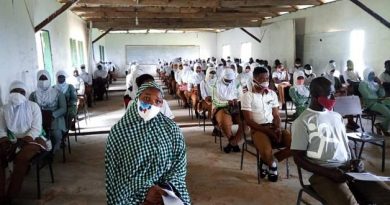 Gas explosion in Ogun kills 3 including an infant 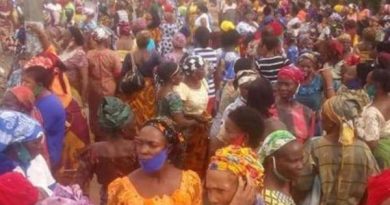