Mojeed Fatai, Ibeju-Lekki Constituency I candidate of the Peoples Democratic Party (PDP) in the Lagos State Assembly elections, has been declared winner of the rerun election for the constituency that held on Saturday.

According to Rasheed Ojikutu, the Returning Officer of the Independent National Electoral Commission (INEC) for the election, Fatai polled 9,484 votes to defeat Tari Oliver of the Peoples Democratic Party (PDP), who received 1,901 votes.

Forty-six-year-old Fatai therefore seals his third stint at the assembly, having previously been elected in 2011 and also in 2015. 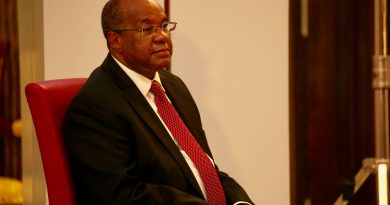 NDDC – A Corporate Governance Failure One Too Many

How do I cover COVID-19? Frequently asked questions for CPJ’s safety experts

The coronavirus has changed the way journalists report around the world. As COVID-19 morphed into a pandemic in early 2020,