Nigeria has 445,000 bpd of refining capacity across four separate facilities which operate well below capacity due to mismanagement and lack of investment, forcing the NNPC to import the bulk of the country’s gasoline.

Maire Tecnimont said separately it had won a contract from NNPC worth about $50 million to carry out checks and equipment inspections for Port Harcourt in the Niger Delta. The work would last for six months starting from end of this month, NNPC said.

The overhaul of the 210,000 barrels per day (bpd) Port Harcourt refinery would be the first since the last revamp was carried out 19 years ago, the NNPC said late on Thursday.

NNPC said Nigeria’s effort to ensure local sufficiency in refined petroleum products would be bolstered by the first phase of the rehabilitation of the Port Harcourt Refinery complex.

The corporation has been in talks with different consortiums to revamp its dilapidated refineries and has considered paying for the work via offtake of refined products rather than cash.

NNPC said it would use its own cash to pay for the work and then raise debt. The Port Harcourt overhaul would be followed by the Warri refinery, which is also in the Niger Delta, and the refinery at Kaduna in the north west of the country.

At the end of the first phase, the Port Harcourt refinery should reach 60 percent capacity utilisation, increasing to a minimum of 90 percent, NNPC said.

Oil minister Emmanuele Ibe Kachikwu has previously said the government would raise $1.2 billion to upgrade its refineries and would end reliance on imports by 2019.

Shortages of petroleum products have plagued the country for years. Nigeria’s gasoline consumption is roughly 40 million liters per day in a country of almost 200 million people. 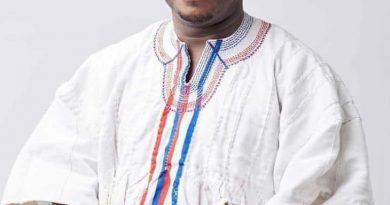 COVID-19: I did not donate N1 billion to FG, Senator Uba