A US mother whose seven adopted children regularly performed as superheroes on her family’s YouTube channel has been charged with child abuse.

Machelle Hackney, from Arizona, and her two adult sons were arrested on Friday by local police.

The adoptees regularly appeared on the popular Fantastic Adventures channel, dressed up as superheroes.

The channel has more than 700,000 subscribers and, in total, a quarter of a billion views.

With new videos uploaded about once a week, the Fantastic Adventures featured the children in fantastical situations, with animated effects representing their various superpowers.

The children, aged about six to 15 according to The Washington Post, have now been removed from Ms Hackney’s care.

Authorities also allege that they were forced to take ice baths and at least one of the boys experienced physical abuse to his genitals.

One child was allegedly found in a cupboard when police arrived.

“Officers came in contact with the six other children, who appeared to be malnourished, due to their pale complexion, dark rings under their eyes, underweight, and they stated they were thirsty and hungry,” police documents said.

Ms Hackney has been charged with seven counts of child abuse, five of unlawful imprisonment and two of child molestation, which she denies.

Her two sons were charged with failing to report child abuse.

YouTube said that, since the arrests, the channel had been prevented from earning money.

“When we’re made aware of serious allegations of this nature, we take action, which may include suspending monetisation or, upon conclusion of an investigation, terminating channels,” YouTube said in a statement. 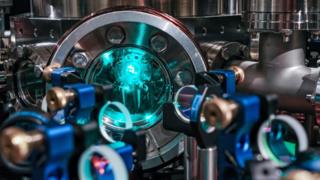 The coldest computers in the world

The National Chief Imam Sheik Usman Nuhu Sharubutu is leading a virtual Eid-ul-fitr prayer service due to the Covid-19 pandemic.