A human rights group, the Sunshine Liberation Front (SLF), has kicked against the plans of Rotimi Akeredolu, Governor of Ondo State, to create Local Council Development Areas (LCDAs) in the state.

According to the group, the idea proposed by Akeredolu was to “play politics and score cheap political points” in the bid to “curry undeserved political favours and share the finances of the state among cronies penned for the slots”.

A statement signed by Akinyele Akinwale, coordinator of the group, and obtained by SaharaReporters in Akure, the Ondo State capital, on Wednesday, rejected the proposal, noting that the creation of the LCDAs in addition to the existing 18 Local Government Areas (LGAs) of the state, is a “mischievous” act.

He said Akeredolu was planning to create LCDAs in the state, but has failed to conduct local government election, despite pledging to do so before clocking two years in office.

The statement read: “Sunshine Liberation Front (SLF), a nonpartisan group projecting and promoting the welfare, well-being and interests of the good people of Ondo State, rejects the proposed plan by the Governor of the state, Arakunrin ’Rotimi Akeredolu, to create Local Council Development Area (LCDAs).

“The proposal viewed by all political watchers as politics taken too far, is coming a few months after Arakunrin Akeredolu and his government failed to conduct the council polls slated for December 1st, 2018 and a total of N2billion was earmarked for in the 2018 Appropriation Bill signed into law by the governor.

“Would the governor now abandon the elections that the prospective candidates had parted with huge funds in mobilizing their supporters and getting nomination forms? This is a plot by the governor and his advisers to curry more political favour, score cheap points, and share our limited funds among his party faithful at the expense of suffering Ondo State indigenes.”

The group, however, vowed to resist the proposed creation of the LCDAs in the state, adding that such move was only to “compensate the few awaiting the sweet juice in Akeredolu’s government.

“Isn’t it incredible and mischievous that the state governor, who has continued to abandon and starve Local Councils of funds and deny them of autonomy for several years, now remembers to create LCDAs out of them? Would these LCDAs not be given same treatment by the current government and the subsequent ones?

“SLF, therefore, will not look away while our political system, which should benefit the ordinary people, is rendered powerless to compensate a few, who worked and will be ready to work for their own political goals.

“The group rejects, in totality, the unreasonable plan by Arakunrin Akeredolu to create LCDAs, while our legally recognized local councils, under the illegal chairmanship of committee caretakers, remain underfunded and largely unrecognized.” 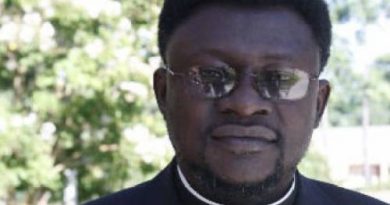 Trump’s failed coup continues: CPAC set to be a celebration of the Capitol insurrection